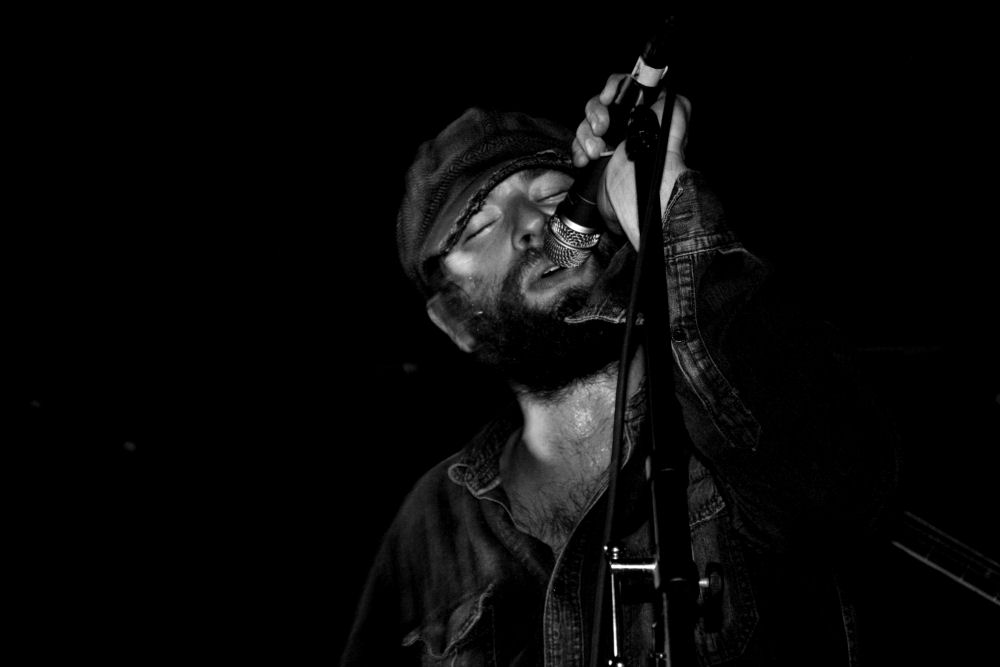 From Austin with love

I questioned whether it was a ludicrously fortunate coincidence or simply my consistent failure to remember that this is a city of musical diversity; but with no sign of any answers other than “just be grateful,” I was still ecstatic to learn that the Austin band, The Black Angels were to charm Manhattan with their wondrous Texan psychedelia on the days either side of my birthday. By an additional token of convenience, it turned out that both of these shows were as easily accessible to me as I would have desired, the second of which was dubbed “A Secret Show” — predictably not so secret once word got out, but equally exciting all the same.

The venue was as cavernous and cryptic as necessary, and looking around at the beards and ponchos I tried to shift every ounce of familiarity I had with this band (and city) into perspective. I was there to listen to music I knew and loved, with lyrics that had implanted themselves into my head on a bed of London concert memories, but the atmosphere was entirely different. Could it be possible that with differing nations comes an alternate interpretation of lyrics? Or was this crowd just wholly more serious? I had certainly spent time admiring the lyrical ingenuity of Alex Maas and Co. with their accompanying 60s inspired drones and echoes, but living in a place so far away from the visions behind these words, it seemed almost impossible for me to turn this music into something tangible, let alone a lifestyle.

So there I was, in an atmospheric hybrid of the Wild West and a sinking pirate ship, with adoring fans singing “Fire for the hills, pick up your feet and let’s go!” with such burning passion that the room felt like it was on the brink of a rum-fuelled canon brawl; when it became obvious that there was more than one performance happening here. Evidently the band held the fort, but in return the audience were bringing the lyrics to life as an alliance, doing their best to re-create the musical imagery with choice items of leather clothing and pseudo-tribal attitudes.

Despite feeling slightly like I had been thrown into another dimension, it was probably the most musically enriching two hours of my life. Albums that I had listened to repeatedly on the other side of the Atlantic were transformed into something physical by the dedication of this entire following, and it was actually in reach. It seemed like these people, (rumoured to frequent certain Brooklyn haunts in between visits from rugged Texans) were creating a movement right there in front of me.

The Black Angels, practically straight out of the desert, had brought their 60s revival to the North East and they had been met with a mass of people ready to start a full-on revolution – one in which language was a key component. Speaking to some fellow devotees, I learnt that like the teachings of an ancient scripture, songs “First Vietnamese War” and “Entrance Song” had been adopted as rose-tinted life mantras. I noticed one girl throwing her arms in the air and screaming praise in such an evangelical manner that, after “…we can’t live if we’re too afraid to die…”, I wondered if we were the beginning of a ‘First Psychedelic Church of The Black Angels’ – and to think, all this from what started as a few words in the mind of a hipster. It was unique, the world outside was a distant blur and we were comfortably trapped in a musical time warp that could never be repeated. Two states had merged into one on a catalyst of perfectly paired words and musical notes and with this, history had been made.