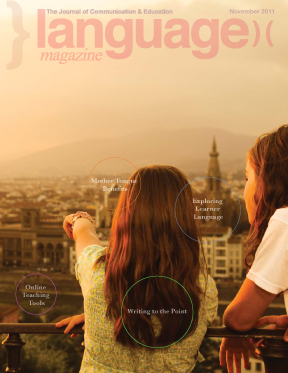 It is about 75 years since the likes of Ernest Hemingway and George Orwell risked everything to fight against fascism in the Spanish Civil War. Over two thousand Americans joined volunteers from all over the world to form the 35,000 strong international brigades that fought alongside Spanish socialists, communists, anarchists, and libertarians to try to prevent the imposition of a dictatorship by General Francisco Franco. Although Franco prevailed in Spain, largely as a result of the in-fighting between factions of their opposition, nations across the world awoke to the threat and allied to beat fascism in the Second World War.

In Spain, the 15M Movement (from May 15, the first day of occupation of Madrid’s Puerta del Sol), characterized by mass sit-ins in public squares, signaled the beginning of the grassroots protests now worldwide.

Before the summer, 15M activists announced plans for coordinated international protests in the fall. They looked for a month when the 15th fell on a weekend and chose October 15: 15-O. Despite a virtual blackout of news coverage by the major television networks, sympathizers in more than 950 cities in 85 countries followed Spain’s lead by taking part in last month’s global occupation against the ills of the political and economic system, and to “demand a true democracy.” The event spread over half the world, and into all of its major languages — from Mexico City to Seoul, Athens to Anchorage, Johannesburg to San Juan.

The aim of the movement is to send an emphatic message to politicians and the financial elite: “The ruling powers work for the benefit of just a few, ignoring the will of the vast majority and the human and environmental price we all have to pay. This intolerable situation must end,” explains the manifesto at http://15october.net, which has been translated into 18 languages.

Whether or not you agree that the Occupy Movement is an offshoot of Spain’s indignados, there are other parallels between the current movement and the fight against fascism in the 1930s — both were born in times of severe economic hardship and are characterized by the fact that they are loose coalitions of groups with very different interests — middle and working classes, tea baggers and liberals, communists and anarchists — uniting in opposition against a seemingly all-powerful foe.

However, there is a major difference between the two uprisings that is even more interesting from a communications perspective. The current protests were organized through web-based social media without the involvement of any major unions or political parties. This movement breaks language barriers at will as activists translate pages and post in multiple tongues, passing messages seamlessly back and forth between sites like tomalaplaza.com, Facebook’s bilingual Spanish Revolution page, and occupywallst.org. Organizing such a mass movement without the support and agreement of trade unions or political parties would have been impossible until very recently.
Language is more important than ever. The ability to communicate clearly and concisely to an ever wider international audience is probably the single most valuable skill that anyone can possess in the 21st century. Our new communication tools give nearly everyone the opportunity to become a broadcaster which in turn makes it so much more important for messages to be clear, relevant, and well-directed if they are to stand out from the morass of information.

To get things done, you need acute communication skills which can only be improved by the study and practice of language. But we are devastating language programs with cuts. Which begs the question, “Do we really want to empower our children?” The Millennials at the forefront of these protests have shown they will not be suppressed, and we should do all we can to make sure that they are joined by peers who are educated, informed, and open to the myriad of cultural influences abounding in our ever smaller world.

Spanish with Mother
Victoria Charles and her daughter, Valentina, revel in the Guatemalan Spanish immersion experience

Have Certificate, Will Travel
Now, more than ever, investing in a TEFL (Teaching English as a Foreign Language) Certificate makes perfect sense