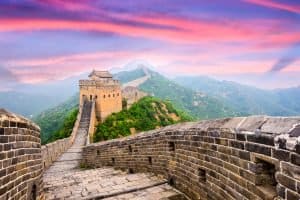 Shaikh Mohammad Bin Zayed Al Nahyan of the United Arab Emitates (U.A.E.) celebrated the opening of a newly remodeled center for Arabic language and Islamic studies in Beijing, China. The Shaikh Zayed Bin Sultan Al Nahyan Center for Arabic Language and Islamic Studies is the newest addition to the Beijing University of Foreign Studies and will serve as a site of cultural exchange between the China and the U.A.E.

The center was first built in the 1990’s after the late Shaikh Zayed Bin Sultan Al Nahyan, for whom the center is named, had ordered its construction. In 2009, a renovation of the center was carried out at the behest Shaikh Mohammad. In a speech at the unveiling, Shaikh Mohammad stressed that he hoped the center would bridge Arab and Chinese civilizations and deepen relations and mutual understanding. In addition to funding the renovation, Shaikh Mohammad donated $1.12 million to support the center’s educational programs along with 1,000 books.

In a welcome address, Professor Yang Xueyi, chairman of the Beijing Foreign Studies University Council, praised Shaikh Mohammad for his generosity. Together Professor Xueyi and Shaikh Mohammad planted a tree of friendship in the center’s garden.