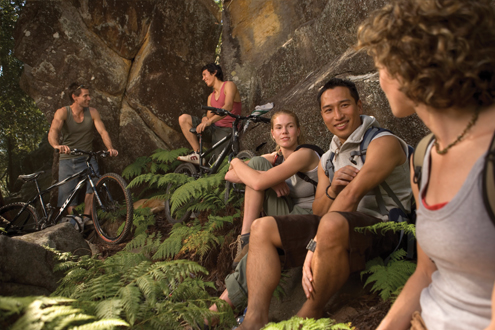 Universities Australia, a peak body representing 39 Australian universities in the public interest both nationally and internationally, released a four-year plan for revolutionizing higher education in order to improve prospects for Australia’s future.

The plan, A Smarter Australia: An Agenda for Australian Higher Education 2013-2016, addresses four pressing issues facing Australia: the prevalence of digital technologies; increasing competition from Asian countries and globalization; the need for economic and industrial diversification and renewal; and the need to curb declining national production.

The crux of A Smarter Australia’s agenda is forging a partnership between the government and the university sector to create policy initiatives that will facilitate increasing Australia’s university participation, developing a more globally engaged university sector, creating an innovative research system that drives economic and social progress, and increasing investment.

“With 88 percent of people encouraging their children to obtain a university education, we want to ensure that our universities are equipped to turn this aspiration into graduation,” said Professor Glyn Davis, chair of Universities Australia.

“Our vision is for a smarter Australia — one that is prosperous, diverse, and proud of its inventiveness. We believe that by following this agenda, our universities can make this vision a reality.”

Reaching Out to China

In a statement, Gillard made mention of Australia Week in China, planned to take place in Shanghai in 2014. The campaign is meant to boost Australia’s reputation as an ideal tourism destination and valuable trade and investment partner. The Australian government is investing approximately 1.75 million Australian dollars in the campaign.

China is currently Australia’s biggest trading partner and is responsible for sending more tourists to Australia than any other country.

The Australian Trade Commission, Austrade, has launched a new section of its website dedicated to international education. The new web pages will make navigating the site easier for education providers. The redesigned website boasts an interactive world map with market profiles and detailed demographic information about the international student population compiled by Australia Education International (AEI).

With extra attention on Australian education for international students, it’s possible that Australia’s 2013 numbers will be back up from the dip last year. Early reports from 2013 show an increase in higher-education students turning up for their first semester. Streamlining of the student visa process is credited with the increase.

A Crisis in Indonesian Language Teaching

While Indonesian is Australia’s top critical language, language training in Indonesian is not up to par. While Australia hasn’t been able to successfully address this issue, the Indonesian government has offered a plan.

“We can give some brief training to our students here — those taking masters and doctoral programs (at Australian universities) — and they can be deployed as language instructors on a temporary basis,” said Nadjib Riphat Kesoema, Indonesia’s ambassador to Australia.
Over the last decade, enrollment in Indonesian courses has dropped nearly 40%, and according to a 2010 report, Indonesian courses had a 99% dropout rate.

The ambassador’s offer was well received by university professors, but not quite as enthusiastically as it was by the Department of Foreign Affairs: “The idea of using Indonesian post-grad students in Australia to teach Indonesian in Australian schools is one of several ideas canvassed,” a spokesman for the Department of Foreign Affairs and Trade commented.

Whether or not Australia decides to take Indonesia up on its offer, the proposal offers an interesting model that might be of interest to other countries aiming to promote language and culture abroad.