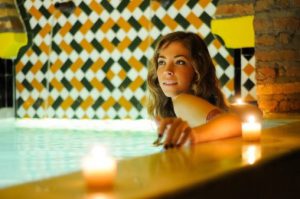 At a conference in Dubai last month, fears were raised that the trend among young Arabs to speak either a foreign language or a hybrid popularly known as “Arabizi”, heavily populated with foreign words, may jeopardize the future of Arabic.

According to Dr Muna Al Saheli, one of the participants at the Second International Conference on Arabic Language, “We do not have pride in our language, which is the vocal expression of our identity, because the colonist was successful in making us think it is inferior,”

Fouad Bu Ali, adviser to the Moroccan minister of information, agreed, “Language, especially one like Arabic, is not just a tool for communication. It represents the moral, religious and historical values of a culture. It is the channel through which we disseminate our culture, a link to our rich historical heritage and the catalyst for our renaissance as Arabs and Muslims.”

Dr Al Saheli, a professor of literature at Benghazi University in Libya, feels that Arabs are suffering from an “inferiority complex”, as a result of years of colonialism and dictatorships but she also believes that some of the blame lies with outdated, boring, and monotonous teaching methods.

Another problem is Fus’ha, or formal standardized Arabic. Mostly used in written form, such as official and religious documents, Fus’ha is at odds with the widely diverging colloquial spoken varieties of Arabic, used in everyday conversations.

So while the colloquial version was the native language, formal Arabic was taught in schools. Because colloquial Arabic could be incomprehensible to speakers from different parts of the region, educated Arabs mostly used the formal version to communicate with each other.

But, says Dr Al Saheli, many Arab education systems taught formal Arabic to children, forgetting that they did not speak it and barely understood it.

“We need to not only revamp the curriculums but also introduce interactive classes where the four skills – listening, speaking, reading and writing – are incorporated,” she says. “Only then will we produce a generation that has a good grasp of standard Fus’ha Arabic.”

According to Dr Adnan Eidan, another threat comes form universities choosing to teach in other languages. “When Arabs were leaders in scholarship, the language grew and absorbed words from Greece, Persia and other cultures,” he says. “However, our post-colonial situation, where we lived under dictators who stifled and clamped down on any kind of creativity and placed so many restrictions and red lines on our basic freedoms, has arrested the development of the Arab people and, naturally, the language.”

Samia Bibars, plenipotentiary minister at the Arab League, disagrees that Arabic is in danger of extinction, preferring to concentrate on the many challenges that needed to be addressed.

The sad state of Arabic is a reflection of the current state of affairs in the Arab world, which includes stagnation, regression and fragmentation, she explains.

While Arabs worried about their language, delegates from China, Nigeria, and Bulgaria came to the conference to seek support for their Arabic learning programs and partnerships with Arab educational institutions.