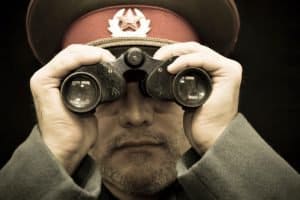 Linguists to compile dictionary from septuagenarian speakers by 2014.

A Russian settlement in Alaska that became isolated from the Russian Empire when the U.S. bought the Alaska Territory in 1867 still speaks a rare Russian dialect that has become the new object of study for Russian linguists.

The town of Ninilchik is the site of an endangered dialect of the Russian language. In 1997, Russian linguists came to the town at the invitation of local residents to collect material for a dictionary.

Last year, a new expedition of Russian linguists to Ninilchik collected audio and video recordings of the spoken dialect and verified the findings of the 1997 expedition. According to their findings, most of the people in Ninilchik now speak English, while only 20 people still remember how to speak Russian, all of whom are over 75 years old. The linguists intend to complete the dictionary by 2014.

The Alaskan dialect of Russian features many Russian words that have acquired a new meaning. Some words can be traced back to Siberian dialects, and others are related to the English, Eskimo, and Athabaskan languages. Unlike modern-day Russian, the Ninilchik dialect no longer has the neutral gender, and the female gender is often replaced by the male gender.