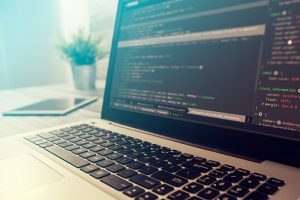 Beating out nearly 2,000 other applicants from around the world, Shabaka. (meaning “web” in English) will become the world’s first borderless new top-level domain and will provide Arabic-speaking internet users with an alternative to non-Arabic internet namespaces such as .com, .net and .org.

“Today’s contract signing is a monumental occasion. As the first new top-level domain, Shabaka. is set to become the center of all things Arabic on the Internet. It is an incredible achievement not only for us but for the entire Arabic-speaking world. It will pioneer a new way for people to use the Internet that begins with the Arabic language,” remarked Yasmin Omer, general manager of dotShabaka Registry. “Shabaka. will have a global audience, with over 20 countries in the Middle East and North Africa which use Arabic as an official language — a region that comprises over 380 million people. Arabic is also the fastest-growing language online — with growth of more than 2,500% in the ten years to 2011.”

Omer added, “In spite of the boom in Arabic content online, users are still burdened with the need to use English on the Internet. Many websites and internet applications force visitors to only use English. Through Shabaka. we are campaigning for a truly Arabic Internet experience from start to finish.”

With GoDaddy as the first registrar partner, Shabaka. will be prepared for worldwide release. dotShabaka Registry intends to welcome local partners and work closely with businesses within the region to promote local participation.