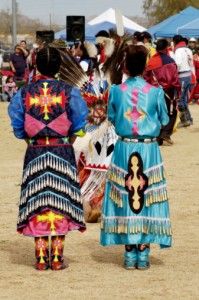 In 2004, the Assembly proclaimed a Second International Decade, from 2005 – 2014, with the theme of “A Decade for Action and Dignity.” The focus of this year’s International Day is “Indigenous peoples building alliances: Honoring treaties, agreements and other constructive arrangements.”

The theme aims to highlight the importance of honoring arrangements between States, their citizens and indigenous peoples that were designed to recognize indigenous peoples’ rights to their lands and establish a framework for living in proximity and entering into economic relationships. Agreements also outline a political vision of different sovereign peoples living together on the same land, according to the principles of friendship, cooperation and peace.

A special event at UN Headquarters in New York was held on Friday, 9 August, starting at 3pm, featuring the UN Secretary-General, the Chairperson of the UN Permanent Forum on Indigenous Issues, a delegate of Panama, a representative of the Office of the UN High Commissioner of Human Rights, and an indigenous representative. The event is being webcast live at webtv.un.org.

Also today, hundreds of indigenous and non-indigenous rowers are scheduled to arrive at Pier 96 at 57th Street in Manhattan at 10am, after having collectively traveled thousands of miles on rivers and horseback to honor the first treaty -– the Two Row Wampum -– concluded between Dutch immigrants and the Haudenosaunee (a confederacy of six nations, with capital in the Onondaga nation, in NY State) 400 years ago, in 1613. They will gather with members of the UN Permanent Forum on Indigenous Issues at Dag Hammarskjold Plaza at 1:30pm.