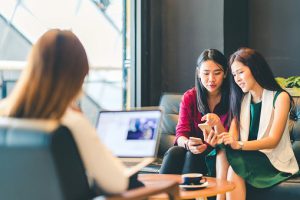 An article on the Hong Kong Education Bureau’s website claiming “Cantonese is not an official language” has been removed after criticism. The article, posted on the Language Learning Support site last month, aimed to promote the importance of bilingualism and trilingualism as the city “develops alongside the rapidly growing China” and “the daily usage of Mandarin [in Hong Kong] becomes common.”

It said, “Although the Basic Law stipulates that Chinese and English are the two official languages in Hong Kong, nearly 97% of the local population learns Cantonese (a Chinese dialect that is not an official language) as their commonly used daily language.”

Education sector lawmaker Ip Kin-yuen said the bureau had “done wrong,” because it was not its business to define which language was official. But he commended it for quickly removing the article and apologizing.
Horace Chin Wan-kan, assistant Chinese professor at Lingnan University, said the bureau had fueled mainland Hong Kong tensions: “The bureau’s move is to promote teaching Chinese in classrooms using Mandarin, which violates the bilingualism and trilingualism policy.”

The Basic Law says that as well as written Chinese, English may be used by the executive, legislature, and judiciary. But there is no rule about verbal language, such as Cantonese.

Eric Cheung Tat-ming, principal law lecturer at the University of Hong Kong, told the South China Morning Post that the law related only to the written word in terms of “official languages.”

“There have never been attempts to define what ‘official languages’ means in the oral context,” Cheung said. “And in Hong Kong courts, as well as other official circumstances, the choice of the spoken language has been one based on commonality, so Cantonese is preferred.”