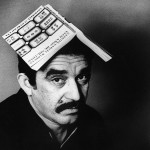 In honor of Hispanic Heritage Month, the Library of Congress launched an online selection of recordings of renowned Hispanic authors reading their works in their native languages. “I am so excited that the entire world will be able to hear some of these wonderful writers, such as Gabriel García Márquez and Octavio Paz, that we recorded for the Archive of Hispanic Literature on Tape,” said Georgette Dorn, chief of the Library’s Hispanic Division and curator of the archive. “Hearing the voice of a writer – according to Chile’s Nobel laureate Gabriela Mistral – brings him or her alive.”

The collection dates back to 1943, but previous recordings were captured on magnetic tape reels and were accessible only at the library itself. Through digitizing the Archive and making it available online, the library hopes to make the recordings available to a wider audience. The physical collection consists of over 700 recordings and there are currently 50 available on the website. Over the next several years more will be made available for online public listening. The selection includes readings in Spanish, Portuguese, Catalan, French, Náhuatl, Zapotec, Aymara, English, and Dutch from some of the most renowned writers from the Iberian Peninsula, Latin America, the Caribbean and U.S. Hispanics/Latinos.

Picture: Nobel-prize winning author Gabriel Garcia Marquez sits with a copy of his book One Hundred Years of Solitude open on his head © Colita/CORBIS