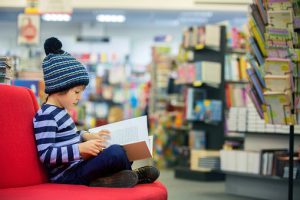 According to a recent study, the first of its kind and scale, students enrolled in dual-language immersions programs, in which students are taught in both English and a second language, outperform their single-language peers by almost a full grade-level in terms of English reading skills. The study followed almost 30,000 students in Portland Public Schools, including those in dual-language immersion programs in Spanish, Japanese, Mandarin, Chinese, and Russian and was sponsored by the research firm RAND, the American Councils for International Education, and Portland public schools. “Part of the way Portland sees the issue, really is about ensuring schools and classrooms are diverse and people really benefit in a tangible way from that diversity,” said Jennifer Steele, RAND’s primary investigator for the study. “It is about kids learning from each other; the language you bring to that class is treated as an asset and the languages you get from your peers is also an asset, because more languages are better than fewer,” she continued.

For many, the most compelling aspect of the research is that bilingual education benefits both English-language learners (ELLs) and native English-speakers. “Dual-language can easily go to just serving English-only kids, or just serving students with a priority of needs,” said Michael Bacon, assistant director of dual-language programs for the Portland district. “Knowing there’s a win-win, there’s a benefit for both groups, is so important.”

The study remains neutral in terms of math and science although time will tell with further research. “Though effects in mathematics and science are less evident, a program that yields improved reading in English, improved long-term exit rates from EL (English language) status, no apparent detriment to mathematics and science skills, and promotes proficiency in two languages seems difficult to criticize,” the researchers wrote.

This new study contributes to a small but growing body of work on the benefits of bilingual education. Last year, a study put out by Stanford University backed the value of a dual-language approach. “A lot of people worry that students in bilingual and dual immersion programs might never catch up, but this study shows convincingly that they do catch up and, in many ways, outperform their peers over time,” said Sean Reardon, one of the researchers, in a prepared release.