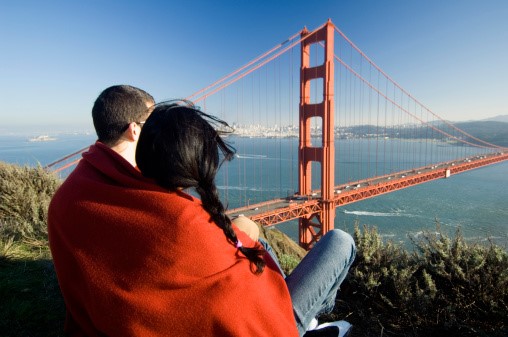 As Californian demands grow for biliteracy, Cynthia García Dehbozorgi and Nehemias Giménez García compare the state’s initiatives to those of Spain

Surprisingly, one of the oldest bilingual-education programs in what is today the U.S. was implemented in California by the Spanish–Franciscans in the 18th-century when Spanish was the dominant language. Today, the tables have turned. English is now the language of power.

Although thousands of miles apart, Spain and California hold a common challenge: implementing an efficient bilingual program in the public education system that will eventually form biliterate professionals. Many Spanish-speaking parents in Spain and California wish to empower their children by placing them in bilingual programs that will allow them to acquire the language of economic success, English, while maintaining their native Spanish.

Over the last decades, the collective consciousness of both locations, has realized the relevance of bilingualism; consequently, educational policies have been generated to design and implement bilingual/bicultural Spanish–English programs that start at the elementary level and culminate in high school.

Spain and California share the same willingness and experimental spirit to design the ideal bilingual program that would be inclusive, and multicultural and would promote the value of being biliterate. Spain and California envision an educational system where learning becomes the equalizer. Regrettably, this dream becomes tinted with the complexities of segregation based on language, ethnicity, and resource accessibility.

In 1996, the Spanish Education Ministry and the British Council in Spain signed an agreement to collaborate on bilingual English–Spanish program development. This compromise sought to foster English and Spanish cultural knowledge through simultaneous curriculum content learning in both languages.

AICLE (aprendizaje integrado de contenidos y lenguas extranjeras) or CLIL (content and language integrated learning) is an innovative language learning approach that involves the acquisition of a second language through content-area instruction using the second language to access the core curriculum. ELLs (English language learners) in Spain’s public education system begin transitioning into English content instruction from kindergarten. By the time these students get into high school, a minimum of 30% of all content instruction is given to them in English. ELLs take science, humanities, and other courses (with the exception of math and Spanish) in English.

Sadly, the thorough implementation of AICLE has not been fully successful for two main reasons: (1) the lack of professional development available for bilingual instructors and the insufficient quality of instructional materials—there is an underlying disconnect between the skill set that teacher-training programs provide and the requirements that actual public education bilingual programs uphold; and (2) teachers do not have access to adequate materials that support their instructional efforts. In other words, bilingual teachers in Spain have been given the cloth to tailor their own suits, but no patterns. This differs from Californian teachers.

Dr. Fernando Rodríguez-Valls, originally from Barcelona and currently a professor in the College of Education at California State University, Fullerton, points out that the hurdles faced by bilingual education are directly related to the shortage of bilingual teacher-training programs, as the majority of teachers lack the necessary language skills to instruct biliteracy programs. He blames this problem on the lack of coherency between school administrators and college preparation programs, commenting, “We are preparing and supporting bilingual teachers from a monolingual standpoint.”

In theory, Spain’s bilingual policy seems ideal, but in practice, many drawbacks become apparent. Due to its exclusive segregated foundation, English is not accessible to every public school student. Any school that is designated bilingual in Spain becomes a cornucopia of significant assets to the community. However, such resources are double-edged since they can be the cause of segregation and affect the culture of a school community in a negative way.

Bilingual schools hire bilingual teachers, who in turn teach students who have been identified as high achievers. In addition, high academic achievers are the only ones who have access to the English-language academic programs, while the rest of the student population, the majority, is marginalized and not given the opportunity to access the language of empowerment. This dynamic fosters animosity within the student body, among the faculty, and with other schools. This is not surprising, since language has persistently been the tool that differentiates the powerful from the powerless.

Moreover, the conditions in which students in bilingual programs are acquiring English are limited on many levels, as they do not allow for a rich and meaningful learning experience. ELLs in Spain have very little exposure to classmates who are English only (EO); furthermore, they have limited exposure to English in their environment outside of the classroom. These two factors, combined with a lack of well-trained bilingual teachers, impact the effectiveness of the bilingual project profoundly.

According to the Evaluation Report of the Bilingual Education Project (BEP), bilingual programs enable students to achieve a level of proficiency in the immersed language which is significantly higher than that which is achieved when the language is taught solely as a subject. However, a deeper reflection must be done in order to redefine the kind of language acquisition that is envisioned for the Californian population.

The positive and negative byproducts of bilingual education in Spain are reminiscent of California’s bilingual-education journey. In California’s public schools, the continuous shift of political ideologies concerning the practice of bilingualism has generated a student population of ELLs that is marginalized and perpetually atrophied.

Parents and policy are too impatient to wait and see the benefit of any given bilingual program; hence, placed in schools with a low percentage of EOs, ELLs are centralized in deficient academic environments that not only ostracize their native Spanish language but also impede them from learning the academic English language that would empower them. Despite the various types of bilingual programs, from full immersion to transition, Californian ELLs continue to be deprived of accessing the curriculum, having qualified teachers, and ultimately the opportunities for higher education and economic success. On the bright side, there is one Californian program that has been fully endorsed as a means to accomplish successful biliteracy, empowerment, and desegregation: the two-way immersion model (TWI).

In California, the passage of Proposition 227, which dismantled bilingual education, was a contributing factor that catapulted the promotion of the two-way immersion classroom model across the state. These programs, according to the Center of Applied Linguistics, allow students to learn academic content and literacy in English and a partner language. Lessons are not repeated in one language after the other, but skills and knowledge taught in one language are reinforced in the other language through thematic teaching and attention to cross-linguistic development. TWI is a model based on a 50/50 two-language ratio. For example, in a 30-student Spanish–English classroom, 15 of them would be native Spanish speakers and the rest would be native English speakers.

The TWI program strives to promote bilingualism and biliteracy, grade-level academic achievement, and positive cross-cultural attitudes and behaviors in all students. Cynthia Badillo, principal of Westmont Elementary School in Pomona Unified School District in Los Angeles County, is an avid supporter of the TWI classroom model, calling it an “extraordinary tool for desegregation, biliteracy, and social change.” She adds that for many educators in LA County, the TWI model has provided a venue where teachers collaborate and are encouraged to be creative and take ownership of their program; in other words, “they have a mission.”

Badillo points out that parents support this type of program, since research clearly shows that students outperform EOs in the California Standards Tests. Overall, the TWI program has been gaining popularity in many school districts, despite the limited number of qualified teachers and the intricate enrollment process it requires. Both Dr. Rodriguez-Valls and Principal Badillo appreciate the power of this program and the promise it carries toward the promotion of a biliterate-multicultural California.

Taking into account the multiple facets of California’s torrid affair with bilingual education, wouldn’t Spain benefit from learning from it? In a world where language is power, it is imperative that as educators we promote the democratization of language and establish equity among students toward opportunities and success. Our global community is in desperate need of biliterate, inclusive, multicultural individuals who are capable critical thinkers and are empowered through language.

In that case, Spain should take a closer look at its bilingual program and consider implementing a biliteracy program for all students, not just the select few, and learn from experiences across the Atlantic, where a Californian bilingual-education community has been a trailblazer in the development and execution of language acquisition that was characterized by issues of inclusion and empowerment long ago.

Although distinct, Spanish and Californian bilingual-education policies share some of the same hurdles and challenges. TWI should be considered as a solution to some second language learning demand, especially since such programs facilitate inclusion and empowerment by promoting a philosophy and a policy of multicultural and multilingual education.

Steps need to be taken to democratize bilingual education. Both in Spain and in California, the model of TWI needs to percolate among school communities in order to replace the archaic systems of full immersion and “sink or swim” and gradually avoid segregation and a deficit of power within the student population. Bilingual programs must aspire to become biliterate in order for students to gain comprehensive communicative skills in two or more languages within an academic context. In other words, the education community must encourage not only bilingual individuals but biliterate ones—and what better way to support this vision than with the implementation of the two-way immersion model?

Cynthia García Dehbozorgi teaches Spanish at Polytechnic School in Pasadena, California. She has 18 years of experience as a bilingual educator with the Pomona Unified School District and holds an MA in Spanish linguistics from Cal State, Fullerton, an MEd in language acquisition from Claremont Graduate University, and a CLAD certificate to teach in California.

Nehemias Giménez García is an experienced Spanish teacher and bilingual educator from Badajoz, Spain. He holds an MA in pedagogy from the Universidad de Granada and worked for the Comenius Bilingual Project in Beja, Portugal; he has worked in Paris, Berlin, and Barcelona. He currently resides in Southern California. 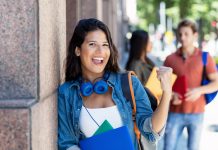 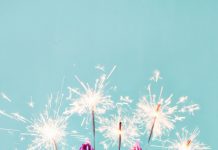