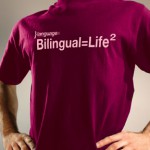 California voters both prioritize the learning of English and recognize the value of speaking more than one language, according to a new study of voter attitudes about bilingual education by the Institute of Governmental Studies (IGS) at the University of California, Berkeley.

The study used an online poll to ask a series of questions about language policy and bilingual education, which which will once again be on the California ballot this fall.

When asked another question about whether the state should retain or repeal its current requirement that most English learner students have a maximum of one year of intensive English instruction before transitioning into mainstream English-only classes, most respondents favored retaining the current English immersion requirement, which was implemented by Proposition 227 in 1998.

The poll used online English-language questionnaires to survey respondents from June 29 to July 18. All respondents were registered California voters, and the responses were then weighted to reflect the statewide distribution of the California population by gender, race/ethnicity, education and age.

Issues of language policy and bilingual education have a long electoral history in California. In 1986, California voters passed an initiative making English the state’s official language, an action that had symbolic rather than practical meaning. Then in 1998, Californians voted for Proposition 227, a measure that favored English immersion over other modes of bilingual education. The core of Proposition 227 required that most “English learner” students “be educated through sheltered English immersion during a temporary transition period not normally intended to exceed one year,” after which they would be transferred to “English language mainstream classrooms.”

The state’s demographic and political makeup have changed since 1998, and in 2014 the legislature passed and Gov. Brown signed Senate Bill 1174, which refers to the ballot a measure that would change bilingual education law. That proposal will appear on the November ballot as Proposition 58.

The Legislative Analyst’s Office (LAO) analysis of Proposition 58 notes that the measure “repeals key provisions of Proposition 227” and adds new provisions of law generally broadening the ability of schools to offer bilingual programs. If Proposition 58 were to pass, according to the LAO analysis, “schools would no longer be required to teach English learners in English-only programs” and could instead “teach their English learners using a variety of programs, including bilingual programs.”

The IGS poll first asked a standard general question about bilingual education which assessed support for three main approaches: English immersion “right from the start,” transition to English “for a transitional period of several years,” and dual-language classes “all the way through high school in order to maintain their native language.” The study terms these three options, respectively, “English only,” “transition” and “maintenance.” This question showed that a plurality of 43.7% of respondents prefers a transitional program,37.2% prefer an English only approach, and only14.2% support allowing dual-language programs all the way through high school. Compared to other ethnic groups, white respondents were clearly more supportive of English only. Republicans were also far more supportive than Democrats of the English only option, while Democrats were far more supportive of a maintenance program that would potentially allow for dual-language programs throughout high school.

The poll also found strong support for the idea that it is important for California students to learn more than one language. Almost two out of three respondents (66.1%) agreed that children should learn a second language, while only 17.4% disagreed. Interestingly, partisan differences were relatively muted, with strong majorities of both parties and independents agreeing that students should learn a second language. Majority support also crossed all ethnic groups in the survey.

The poll also asked whether voters supported the repeal or retention of the state’s current requirement that most English learner students be educated in a sheltered English immersion program for up to one year, one of the key provisions of Proposition 227 that would be repealed by Proposition 58.

Instead of using the ballot label and title and summary for Proposition 58, which were not yet available when the questions were finalized, and which make no reference to repealing provisions of Proposition 227, the IGS study employed an experimental approach that examined whether opinions about the repeal of the sheltered English immersion requirement varied in response to opposing frames of the issue. The results, therefore, do not speak directly to the distribution of opinion on Proposition 58 as it will be presented to voters in the ballot label.

This question showed a strong preference among voters to retain the English immersion requirement, which was phrased in the poll as “keep the law (continue to require English-only education).” Almost two out of three respondents (64.3%) favored retaining the voter-approved provision, though Republicans (84.7%) were far stronger in their support of that position than were Democrats (51.3%).

Among 18- to 24-year-olds, a minority of only 35.7% supported a retention of the sheltered English immersion requirement, while a narrow majority of 50.5% favored overturning it. Support for retaining the Prop. 227 provision increased steadily with age, and was highest (79.4%) among respondents who were at least 65 years old. A majority of all ethnic groups supported the retention of the limit, although the levels of that support varied from just 51.7% among Latinos to 70.5% among whites, and generally reflected a lower level of support for the Prop. 227 provision among ethnic minorities than among whites.

The poll also included an experiment in which the precise wording of the question was varied to test the effectiveness of various arguments on both sides of the issue. Support for repeal of the sheltered English immersion requirement was strongest when the question referenced the economic benefits of speaking multiple languages in a globalized economy, although this was offset to a large degree when the question also referenced an anti-repeal argument emphasizing the economic value of English fluency.

For full results of the poll, go to the IGS website at igs.berkeley.edu.