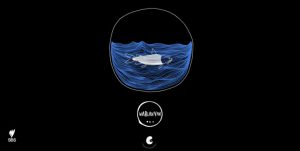 When people speak a language it keeps it from going extinct. That is the motivation behind the new interactive animated language site My Grandmother’s Lingo. The animation, created by the Australian public media network Special Broadcasting Service (SBS), introduces viewers to the Marra language. Marra is an endangered aboriginal language that currently has only three fluent speakers. My Grandmother’s Lingo takes viewers through the story of Angelina Joshua, a real person of Ngukurr in southeast Arnhem Land who embarks on a journey to rediscover the language of her grandmother.

The animation is part game, part history, and part beautiful animations. Through the storyline, it encourages viewers to listen to certain Marra words and repeat them out loud. When participants repeat the Marra words out loud, their microphones detect the word and allow the viewer to proceed to the next section. By encouraging viewers who would otherwise not interact with the Marra language to speak it out loud, it keeps the language alive and present. View the teaser below

Angelina Joshua works at the Ngukurr Language Centre, a large Aboriginal community in southern Arnhem Land situated on Nglakgan land whose goal is to “revitalize, document, teach, and promote the traditional languages of the community via a range of community-based language programs.” She collaborated with illustrator Jake Duczynski, who is Gamilaroi and musician Kuren, who is Wiradjuri.
The animation takes users through different words, such as the word for black crow (Wanggarnanggin), river (balba) and others. At the end of the experience, users can pin their locations on a map to show where Marra has been spoken. Through the experience of speaking Marra out loud, the animation aims to bring awareness and life to this endangered language.