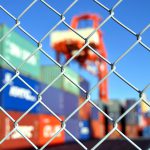 As this year’s presidential election approaches, the choice that Americans will make for the future of this country has become clear—it’s between a nation that embraces the reality of globalization and one that will stubbornly, and vainly, attempt to blockade itself against the inexorable development of international trade and the increased movement of goods and people.

Hillary Clinton, the Democratic nominee, is in favor of developing international trade—her pledge to veto the Transpacific Partnership (TPP) in its current form is based on that agreement’s shortcomings, not its principles— and she supports comprehensive immigration reform that includes a path to citizenship for some undocumented immigrants.

Donald Trump, the Republican nominee, summed up his position on globalization as “Americanism, not globalism, will be our credo.” He calls the North American Free Trade Agreement (NAFTA) the “worst deal ever” and promises to bring thousands of outsourced jobs back to America. He has also vowed to deport millions of undocumented immigrants, block asylum seekers, and build a “beautiful” border wall with pesos donated by Mexico.

Trade deals like NAFTA and the TPP have many flaws, and it is true that America has lost many of its lower-paying jobs to other less economically developed countries, but the only way to bring those jobs back would be to dramatically reduce wages in the U.S., which would exacerbate the nation’s economic divide. Increasing investment in education to close the achievement gap so that more Americans qualify for high-paying jobs is the pragmatic solution to the outsourcing of jobs overseas.

Europe is also being challenged by the consequences of globalization. Ultranationalist political parties have been successful in Austria, Hungary, and Poland, and the UK’s recent decision to leave the European Union (EU) was won by stoking fear among the British population that immigrants were taking over the country, ignoring the fact that the formation of the EU, the world’s most successful free-trade association, and its predecessors signaled the end of hundreds of years of wars between European nations.

The U.S. has been instrumental in the construction of the international institutions and alliances, that, since the Second World War, have resulted in the greatest poverty reduction in history. Of course, we still have wars and poverty and now feel threatened by nongovernmental terrorism, but isolationist policy will do little to cushion us from these problems.

The reality is that globalization will continue, whatever individual governments do to try to stop it. The communications revolution will be as world-changing as the industrial revolution was, and, in the same way that the British Luddites failed to destroy the machines that were brought in to do their jobs, attempts to halt globalization will fail. Economies are so intertwined that isolationism is not an option. The way forward is to accept the internationalization of our world and to devise policies that spread the benefits of globalization more widely, while minimizing its consequences on the environment. Secretary Clinton has the pragmatism to recognize this, to negotiate mutually beneficial international agreements, and to provide the educational resources necessary for Americans to be successful in the global economy.