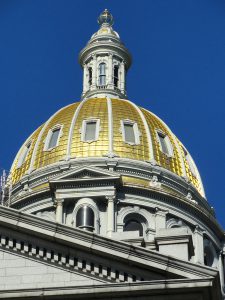 On the day after Valentine’s Day, Colorado’s bilingual advocates received a belated gift from their state senate. The Republican-controlled senate voted in favor of Senate Bill 17-123, the Colorado Seal of Biliteracy by a margin of 30-5. The measure now goes on to the House, controlled by Democrats, where it has bipartisan sponsorship and where it is expected to pass.

Since Colorado made English its official language back in 1988, the pendulum has swung in favor of bilingual education. In 2002, the anti-bilingual education Unz Amendment was defeated and now, the state is poised to join the District of Columbia and 19 other states in adopting a Seal of Biliteracy.

The Colorado Seal of Biliteracy journey began in 2013 when Jorge García, working for the BUENO Policy Center, began research and advocacy for a Colorado Seal. In April of the following year, García presented the concept at a state-sponsored conference for educators of emerging bilingual students. As a result of the session, Jessica Martinez from Eagle County Schools, Darlene LeDoux from Denver Public Schools, and Myrna Escalante from Adams 14 Schools in Commerce City, along with García, formed Team Colorado. They met, planned, and collaborated so that those three districts adopted their own Seals of Biliteracy. Team Colorado presented their work across the state including for the State Board of Education.

In 2016, a biliteracy endorsement bill suddenly appeared in the Colorado House sponsored by an outside group. It passed in the House but disappeared in the Senate as suddenly as it had appeared; killed by its Senate sponsor. Inspired by the bill’s success in the House, García (now executive director of the Colorado Association for Bilingual Education- COCABE) and Arthur Chou, an expert on the Seal, put together a coalition, including COCABE, Colorado TESOL, Colorado Congress of Foreign Language Teachers, and Higher Educators in Linguistically and Culturally Diverse Education, to push the bill forward. Senator Rachel Zenzinger (D) joined across the aisle with Senator Kevin Priola (R) to sponsor the bill, and House Rep James Wilson (R) was joined by Rep Millie Hamner (D) to sponsor the bill in that chamber. The Partnership for a New American Economy lent support from outside of Colorado providing a lobbyist to secure business sector support for the legislation.

English may be the official language of Colorado but if the current momentum continues, biliteracy will soon be acknowledged and rewarded with a Colorado State Seal.