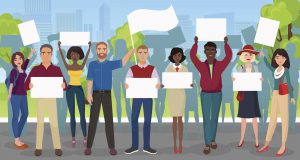 The Trump Administration’s FY 2018 budget blueprint proposes a $54 million increase to the Department of Defense, to be offset by cuts to programs in the domestic, non-defense discretionary portion of the budget. Among the programs listed for the elimination or reductions are Federal programs that support world language education: Title VI/Fulbright-Hays of HEA, Department of State Educational and Cultural Exchange programs, and the National Endowment for the Humanities.

Ultimately, the authority to either enact or refuse these cuts lies with Congress. The American Council on the Teaching of Foreign Languages (ACTFL) has put together an Action Alert for you to tell your Senators and Members of Congress that you oppose all cuts to programs supporting world languages!
TAKE ACTION
Tell Congress to Oppose Elimination of Programs Supporting World Languages!