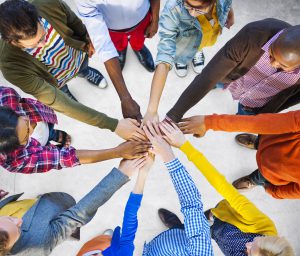 As we celebrate the 63rd anniversary of the anti-segregation decision in Brown v Board of Education, there is justifiable concern that the principles enshrined in that historical ruling are not being upheld. Research and analysis of federal data show that our schools have become more segregated, not less, over the last 20 years. Now, the typical Latinx student attends a school that’s nearly 57% Hispanic, more segregated than Blacks and Asians (UCLA Civil Rights Project/Proyecto Derechos Civiles).

Charter school advocates are also celebrating today, having won control of the Los Angeles Unified School Board, the second-largest in the country, but there is some evidence that “school choice” is contributing to segregation. A recent study of Washington DC schools concluded that: “In spite of being developed during a period of rapidly increasing diversity among city residents, charter schools have the most extreme segregation in the city.”

“Today we rightly celebrate the milestone Brown v. Board of Education Supreme Court decision issued on May 17th, 1954 striking down school segregation. Yet today also marks another anniversary – the annual issuing of statements reminding us that, decades later, we still have not closed the gaps in access and opportunity that segregate our students and limit their ability to learn. When asked about William Faulkner’s essay urging the nation to “go slow” on integration, Brown v. Board attorney and future Supreme Court Justice Thurgood Marshall pointed out “They don’t mean go slow. They mean don’t go.”

“In education, we are quick to celebrate successes, and we should – the educators who’ve dedicated their lives to this work and the students who’ve excelled deserve nothing less. But we are also quick to use time to defend the gradual pace of progress. It is indefensible that more than half a century after Brown v. Board, we continue to subjugate our Black and Brown students to schools that are more segregated than not. While we’ve taken the “for colored only” signs off the school entryways our Black and Brown students use, we still promote policies that de facto discriminate against these students daily. We must do better.

“Nationally, we are at a crossroads as we consider the implementation of the Every Student Succeeds Act, the education civil rights law signed by President Obama. In California, we can choose the path of gradualism, or we can choose to live up to our professed values and do everything possible to eradicate the educational injustices that students face each and every day. If a group of parents in Topeka, Kansas had the strength and courage to do whatever it took to make schools better for their children in the face of fire hoses and police dogs, surely those of us currently working in education can pick up the pace.”