AFT’s Weingarten: “Let me be blunt: We cannot stand by as children— 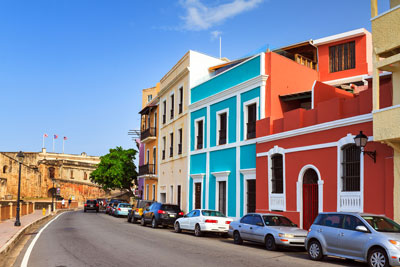 American citizens—are deprived of the right to receive a basic public education.”

Last month, the presidents of the American Federation of Teachers and the Asociación de Maestros de Puerto Rico (the Puerto Rico Teachers Association) co-signed a letter to the Financial Oversight and Management Board for Puerto Rico, describing the harmful impact of the deep education cuts over the past decade and the devastating consequences additional proposed reductions would have on students and Puerto Rico’s future.

“After years of cuts to schools and basic services, the PROMESA board is now considering cutting 40 more days from the school year on top of further cuts to an already devastated education system that is past the breaking point,” Weingarten said Wednesday. “This will leave Puerto Rico’s children—who did nothing to create these financial issues—and its economy to an even bleaker future. Let me be blunt: We cannot stand by as children—American citizens—are deprived of the right to receive a basic public education.”

Weingarten added: “We are standing in solidarity with teachers in Puerto Rico as they demand an end to the destructive cuts that their education system has endured. The PROMESA board needs to meet with teachers on the island before it blindly rewards hedge funds with deeper cuts to Puerto Rico’s schools.” Díaz said Puerto Rico’s future depends on providing a great education system. “There is no way to save Puerto Rico’s future without saving its public schools, partly because we do not have the large industries that invest back in our community,” he said.

“Education has been instrumental in the social, economic and political development of Puerto Rico. It is pivotal for the PROMESA board to have the will to give Puerto Rico the stability to grow in the future, or else our children, who are the future of Puerto Rico, will lose out.

The board has to remove cuts to education from its proposed plan, and we hope its members will accept our invitation to see schools firsthand and let us show them our schools’ needs and the damage they will do if they proceed with the proposed cuts,” Díaz said.