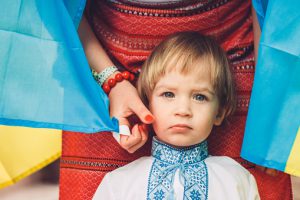 The Ukrainian parliament (Verkhovna Rada) has passed a bill requiring that 75% of national television programming and 50% of local broadcasting be in the Ukrainian language. The law follows an unpopular move by President Poroshenko to ban Russian-language social media websites, such as Vkontakte and Odnoklassniki.

Next on the linguistic agenda is a bill to ensure “the functioning and use of Ukrainian as a state language in all spheres of public life in the whole territory of Ukraine.” The draft bill refers to “citizens of Ukraine whose ethnic origin is not Ukrainian,” and proposes the institution of a “control commission” whose “language inspectors” would monitor whether Ukrainian was being used in public buildings, schools, and universities.

Two of the law’s sponsors, Oksana Servit and Hanna Hopko, claim that widespread usage of the Russian language undermines Ukrainian statehood, while another parliamentarian, Ivan Krulko, has argued that “it is necessary for the development of the country, which should break away from Russia.”

A poll conducted in May 2015 showed that the percentage of the country’s people who prefer to speak Ukrainian as their everyday language of communication has risen to nearly 60%, but any moves to formally discriminate against Russian language are bound to be opposed in Russia. One Russian politician, Frants Klintsevich, called the draft legislation a case of “linguistic genocide.”