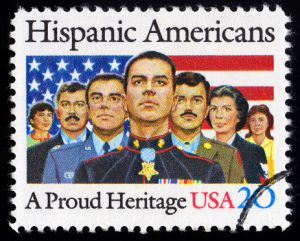 Sens. Lindsey Graham (R-S.C.) and Richard Durbin (D-Ill.) have introduced a new version of the DREAM Act, which they hope will protect more than a million young people from deportation if relief under Deferred Action for Childhood Arrivals (DACA) is ended.

DACA is under assault by a group of Republican elected officials led by Texas Attorney General Ken Paxton, who says he’ll take President Trump to court if he doesn’t rescind DACA by Sept. 5. Homeland Security Secretary John F. Kelly said last week that legal advisers have warned him that DACA probably would not survive a court challenge.

Like previous versions, the legislation would grant permanent legal status to people who arrived in the U.S. before they turned 18, passed security checks, and meet other criteria, including enrolling in college, joining the military or finding jobs. This latest version of the DREAM Act would also give states new authority to grant in-state tuition rates to these undocumented immigrants and provide an additional path for qualifying immigrants who have been employed for at least three years, of which 75% was authorized.

“These kids are running out of asphalt. They’re running out of runway,” Graham said when announcing the legislation. “They came out of the shadows at the invitation of their government. They’ve identified themselves and their legal standing is now in question. It becomes an almost moral decision.”

According to his staff, Trump will not support this bill, however talking with reporters last week, Trump was still in two minds over what to do about DACA. “It’s a decision that’s very, very hard to make,” he said. “I really understand the situation now. I understand the situation very well. What I’d like to do is a comprehensive immigration plan. But our country and political forces are not ready yet.”

“I am hoping we can find a pathway forward with President Trump,” Graham said at a news conference. “Wouldn’t it be ironic if the man who started his campaign talking about illegal immigration in a very tough way would be the man who started the country on a path to solving the problem?”

Janet Murguía, president and CEO of UnidosUS (previously known as the National Council of La Raza), commented, “Since the implementation of the DACA program, we have witnessed the full breadth of the economic and social contributions of young Latinos. To end DACA would mean a U.S. GDP loss of $433.4 billion over the next 10 years. And for the nearly 800,000 immigrant youth protected under DACA, this program has not only proven to be a lifeline, but an opportunity to fulfill academic and professional goals that once felt unattainable. Today, the DACA community is composed of doctors, engineers, students and educators—hardworking, passionate individuals who have and continue to enrich our society. We know the positive and significant impact of DACA, and we need a permanent solution that will recognize how these talented and dynamic young people have strengthened our country.”

The Power of Storytelling