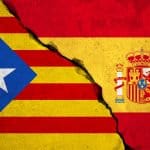 As uncertainty and anxiety over secession grip Spain’s autonomous region of Cataluña, publishing giant Planeta, the world’s leading Spanish-language publisher and second biggest publisher in France, has moved its official address out of the region’s capital, Barcelona, to Madrid.

According to an official statement, the decision to move the publisher’s registered address was taken to “protect the interests of shareholders, employees, and the business” and will not result in the movement of employees.

Over 1,700 companies have now moved their official headquarters out of Cataluña, including the iconic Catalan bank, La Caixa, formally Caixa d’Estalvis i Pensions de Barcelona, which is Spain’s third largest financial institution. The turmoil comes as Spain’s economy has been experiencing some of the fastest growth in Europe.

Tourism spending in Cataluña for the first two weeks of October —after the independence referendum — was down 15% from a year earlier.

Tourism accounts for 11% of Spain’s 1.1-trillion euro ($1.3 trillion) gross domestic product, with Cataluña supplying a fifth of that, as its capital, Barcelona, is one of the most popular destinations for visitors and students.