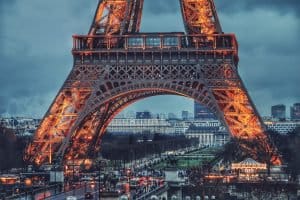 People planning to study in Europe should be sure to add some extra time to the trip so that they can experience more of the continent. Here are some tips:

Flying across the Atlantic is currently one of the best deals in travel. Apart from the well-known major airlines (particularly United and Virgin Atlantic), consider smaller budget carriers, like Norwegian Air and Wow (out of Iceland), which offer discount deals where the travel tax often tops the actual cost of the flight. These “no-frill” airlines charge extra for everything, but apart from the price, travelers might be able to get a stopover in a fascinating city like Reykjavik.

Discounts for student and youth travelers are offered by thousands of museums, parks, and historical sites, as well as airlines, railways, hostels, and hotels.

Student IDs are widely recognized throughout Europe, opening up a huge range of discounts at hotels, restaurants, tours, and tourist attractions, but buying an International Student Identity Card (www.isic.org) helps holders actually get these discounts, and the organization provides guides so users know where to find these deals. Any full-time student over the age of twelve can get an International Student ID. If a traveler is not a registered student, the International Youth Travel Card, which offers similar perks, is available to anyone under age 26, student or not.

Organizations like STATravel.com and StudentUniverse.com offer massive discounts on flights, hotels, and tours to students traveling in groups of ten to twelve or more.

There are dozens of budget airlines on the continent that make city-hopping extremely affordable. Check out the many airlines offering super-cheap one-way European airfares. Ryanair and EasyJet have the extensive routes across the continent, but many major airlines also have their own budget subsidiaries, like British Airways’ Vueling. These carriers offer thousands of one-way flights between European destinations for less than $60 including tax. However, bear in mind that these airlines don’t offer “extras” like in-flight meals, free drinks, or prebooked seats, so pack some snacks and arrive early to get a good seat.

These budget airlines usually land at less-busy airports farther out from major cities, so make sure that there is affordable transport (coach or rail) into town, or the journey from the airport into the town center may end up costing more than the flight.

Also, prepare for delays and cancellations, and do not expect meal and hotel vouchers.

Baggage allowances are also very limited, with exorbitant charges for excess, so try to leave extra bags and sports equipment with friends if possible. Unfortunately, airport lockers are a thing of the past thanks to security concerns.

The easiest way to compare budget airlines for a given route is to use an aggregator, like Skyscanner or Adioso, which has an even wider range of search options.

Travelers under the age of 25 are eligible for a decent 25% discount on Eurail (www.eurail.com) train passes. Eurail is a consortium of train companies covering most of Europe, and it offers one of the easiest, cheapest, and best ways to explore the continent. Most of the trains in Europe are modern and comfortable, and travel times are much shorter than comparable routes in the U.S.

Discounted tickets are also available on the Eurostar, the train passing under the English Channel between London and Paris or Brussels.

The Eurail Global Pass Youth is a flexible pass that offers great value. This is the pass for those who are not sure which countries they want to visit on their Europe trips and want to keep their options open.

The Eurail Selectpass Youth offers unlimited travel to any two to four countries out of 23 countries over the course of two months. Travel days do not have to be consecutive, and users can choose between five, six, eight, ten, or 15-day travel options, but the countries they choose to visit must border each other.

A shared hostel room is a great way to save money and meet fellow travelers. Hostels are generally clean and safe (but it is always a good idea to check the reviews on sites like TripAdvisor, Hostels.com, or HostelWorld before booking). Nowadays, these are really nice places with lots of great people from all over the world. For a bed, it usually costs €20–29 a night depending on the European city in question. For that, travelers get cheap accommodation which is usually very centrally located and has long reception hours.

Another cheap accommodation option is to rent an apartment or room privately. This is probably the cheapest way of staying somewhere if one is traveling in a group, and it can work out much cheaper than a youth hostel. But it can come with some restrictions: if one is renting a section of a private house, then the reception is obviously not open 24 hours.

There are plenty of websites that connect people who have an apartment or spare room with potential renters, like Airbnb.com, but bear in mind that they do charge a 10%+ commission.

Renting from a local is not only good for the wallet; it also means travelers have someone to ask what to see and someone cool to talk to. There is often an understanding that the host and the guest cook meals from their own cultures on alternating nights. This is not mandatory but is always fun and interesting.

Couch-surfing is another option. International websites such as CouchSurfing and Airbnb connect budget-minded travelers with locals who are willing to lend their spare bedrooms (and couches) to travelers. These gracious hosts are usually a great resource for local insights.

Some student-oriented travel sites (including STATravel.com) offer scholarships to fund trips. But this is not the only way to pad otherwise-lacking funds. Applying to one of these programs could add a few hundred or several thousand dollars to the budget, but students will have to prove that their trips have educational merit. Other organizations—including the Smithsonian Institution, the Student Youth Travel Association, and National Geographic—also provide financial support to poor, ambitious voyagers-to-be.