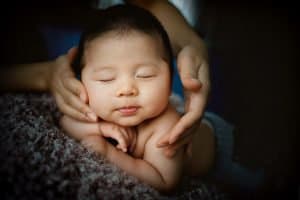 A new study reveals that multi-accent language exposure affects word form recognition in infancy. The study, published in the Journal of the Acoustical Society of America, found that babies raised in homes where they hear one language spoken with different accents, the babies recognized words dramatically differently than babies who heard little variation in accents. This demonstrates that daily exposure to multiple accents strongly impacts infants’ linguistic skills ad word form recognition.

It only makes sense that multiple accents help develop language skills in infants. In order for babies to be able to recognize certain words, it is important for them, for instance, to understand those words across different contexts. That could be extended, to hearing words across accents. Researchers pose the questions, “What does that mean for children who are routinely exposed to multiple variants of their native language? Imagine, for instance, a child born to an American English-speaking mother and an Irish English-speaking father. While her mother may label the yellow vehicle that takes her big brother to school as a bus, her father’s pronunciation will sound more like boss, leaving the child to deduce that mother’s bus and father’s boss refer to the same object even though her mother’s pronunciation of bus and boss label two separate referents. How does language development in this child differ from that in a child growing up in a family where both parents speak in the same accent?”

The researchers took two groups of monolingual English-learning 12.5-month-olds. One of the groups was exposed to the dominant regional accent while the other group was exposed to multiple variants of accents. The amount of English that the babies heard was the same across the two groups. The children heard words typically known to that age group, such as daddy, diaper, kitty, cup, shoe along with nonsense words such as shammy, kie, koddy, and koth. The researchers measured the infants’ recognition by monitoring their head movements, since children will often turn their heads when recognizing words in their languages. The results indicated that the children who heard just a single accent reacted to the real words only, while the group that heard multiple accents turned their heads at both real and nonsense words.

This suggests that the children who hear multiple accents are learning words at the same rate as those who are hearing only one accent, but they need more contextual information to recognize words because they do not assume all words will be spoken in the local accent.