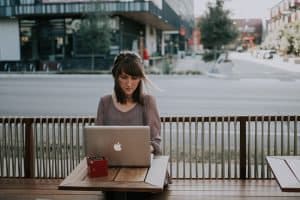 Translation and interpreting offer two distinct career paths with ample opportunities for linguists to put their skills to use in exciting areas. From video game localization to interpreting for astronauts in outer space, from translating Harry Potter books to accompanying heads of state on diplomatic missions overseas, translation and interpreting offer many career opportunities to inspire and encourage students to learn foreign languages while allowing them to pursue other interests as well.

The market for outsourced translation and interpreting is worth more than US$33 billion globally in 2012, according to the latest estimates from Common Sense Advisory. The market is divided into numerous segments with written translation making up by far the largest component, followed by on-site interpreting, which refers to spoken language interpretation services that are provided in person. Another important segment of the market is software localization, which involves not only translating text so that software can be used in other languages, but preparing the software for international use and acceptance in a given market.

Other services exist too, such as telephone interpreting (in which interpreters render information verbally over the phone), multilingual subtitling, and trans-creation (also known as cultural adaptation or multilingual copy-writing). Within the U.S., many industries have suffered job losses due to global economic uncertainty – but the opposite has occurred for jobs in translation and interpreting. The U.S. Bureau of Labor Statistics projects that from 2010 to 2020, the number of jobs for interpreters and translators will increase by 42%, compared with just 14% for all occupations, and only 13% for other jobs classified in the “media and communications” field.

Where the Jobs Are

The vast majority of translators and interpreters are freelancers, but there are many organizations that offer full-time positions too. Full-time positions for interpreters are available at hospitals, courts, and schools in nearly every major city in the U.S. Most cities also have translation or interpreting agencies serving the local market. These firms do not usually employ translators, but they hire individuals with language backgrounds for other jobs — such as project management, account management, and sales positions. Typically, they offer freelance assignments to translators and interpreters. However, students need not limit their dreams of job prospects to within U.S. borders. The Canadian government’s Translation Bureau has more than 1,700 employees. Many international organizations, such as the United Nations, have an ongoing need for translators and interpreters. Some even visit universities in the U.S. to recruit students on campus.

The European Commission’s Directorate-General for Translation employs 2,500 people who translate information into and out of 23 different languages, and the European Parliament has 350 full-time interpreters on staff. Even some manufacturing companies — including major European automobile companies — hire in-house translators for their research and development or technical documentation teams. Nearly every industry that requires companies to communicate across languages relies on translation at some point. If a company sells its products to customers who speak other languages, chances are there is translation taking place at that company.

This means that students can find work in areas that combine their other interests with their language skills. For example, many Major League Baseball players come from Japan or Latin America, so there has been an increase in demand for interpreters who not only speak those languages but who also are knowledgeable about baseball. Similarly, professional players in other sports — such as basketball, hockey, and golf — require professional interpreters too. Interpreters who are specialized in sports can end up interpreting for the Olympic Games or the World Cup. Even the astronauts working with the International Space Station depend on teams of full-time interpreters and translators.

As another example of how passions and interests can combine with language skills to become a career, students who are passionate about engineering or technology can work in the field of localization. In fact, there are many translators who spend their workdays testing the newest video games and coming up with the best ways to translate the information that appears on the screen or recording voice-over material. Similarly, there are many translators who are highly specialized in a given area, such as health care, financial, or legal fields. Some translators even earn a living from translating material related to fashion or cosmetics, while others translate breaking news from around the world.

Translation and interpreting require different skill sets, so the choice between the two tracks generally needs to be made before choosing program.

Prospective students are expected to have advanced fluency in two or more languages before they can begin studying translation or interpreting, and language proficiency tests are often required before students can enroll. For both professions, additional education is a must. Translators must learn to use computer-assisted translation tools and terminology management software. Interpreters, on the other hand, must learn how to take notes, improve their memory skills, and quickly render information accurately in different modes, such as consecutive and simultaneous. Unfortunately, there are not many formal degree programs in the U.S. for these fields, but the number is increasing. The Monterey Institute of International Studies in California offers some of the best-known graduate-level degree programs for translation and interpreting.

Many of its graduates go on to interpret at the United Nations, to translate for the Department of State, and to work in prestigious positions throughout the world. The University of Arizona has a program that prepares students to take the federal court interpreter exam. In the U.S., there are several universities that offer undergraduate programs and certificate programs, such as the University of Minnesota, Century College, Virginia Commonwealth University, Bellevue College, and University of Wisconsin.

There are also several community college programs. The American Translators Association (www.atanet.org) publishes a helpful list of relevant schools worldwide. Some certificate programs are offered online as well, although these often do not prepare students well enough to pass professional examinations. Once students graduate from a degree program, they can sit for professional exams and certifications. Usually, professional accreditations are available for the most commonly requested languages.

In the U.S., the American Translators Association certification is the most widely recognized for translators. For interpreters, various certifications exist. Court interpreters can be certified to work in state courts, but they must take a different test to work in federal courts. Medical interpreters are not generally required to have certifications, but there are programs currently in development. Conference interpreters often take exams depending on where they wish to work – for example, the Department of State has exams that are different from the ones administered by the United Nations.

The U.S. Bureau of Labor Statistics showed that the median annual wage for interpreters and translators in the U.S. was $43,300 in 2010. However, the top 10 percent earned more than $86,410. How much a person earns can depend on many things, but there are several main determining factors. The languages a person speaks will dictate to a great degree how much work is available for them. Translators and interpreters for less common languages can typically charge more for their services because they are more difficult to find. However, there is no shortage of work for interpreters and translators who speak languages that are commonly needed, such as Spanish in the U.S. One of the biggest factors that influences how much money an interpreter or translator can earn is how specialized they are. Some translators have doctoral degrees in specialized fields such as microbiology, so they can be trusted with highly technical patent applications for life sciences firms, and they can charge more for this work.

Others might have a talent for advertising or marketing copywriting, so they can command a higher hourly rate for this kind of creative work. In general, translators charge by the word for translation services, but many also charge by the hour for other services, such as developing glossaries. Translators often charge a minimum fee and will charge more for expedited or quick-turn projects. Some translators do also charge by the page or by the line, but this is less common. Interpreters charge differently depending on where they work. Conference interpreters normally charge a minimum daily rate. Interpreters who work in courts or hospitals are often paid by the hour, but some charge a minimum fee in order to cover their travel, because they may need to drive from one city to another or across town in order to get to an assignment. Interpreters who work via telephone may be salaried, paid by the hour, or paid by the minute. Another major determining factor with regard to earnings potential is the amount of work the individual accepts.

Freelance translators and interpreters can take on as much or as little work as they wish, but they generally have to build up their own client base over time in order to ensure a steady stream of work. Translators and interpreters who are self-employed can experience peaks and troughs in income. However, given the demand for these services, most freelancers report that they have no problem getting enough work. For some languages, translators must compete with individuals who live in other countries and might be able to charge less. Interpreters who provide their services in person generally do not have this problem because they tend to work near where they live.

The need for translation and interpreting is not going away. In today’s globally connected world, demand for these services is at an all time high. Governments around the world are clamoring for more interpreters and translators. Advances in technology, such as Google Translate, only appear to be fueling demand. As more people see the possibilities offered by translation on the internet and on their mobile phones, their tolerance for language barriers is decreasing, thus fueling demand. The professions of translation and interpreting show great promise for the years to come, making the work of language educators and trainers all the more necessary.

Nataly Kelly is the chief research officer at language services industry research firm Common Sense Advisory. Her latest book is Found in Translation: How Language Shapes Our Lives and Transforms the World, which features stories about interpreters and translators working in many of the settings mentioned in this article. She publishes a free newsletter for interpreters at www.interprenaut.com. 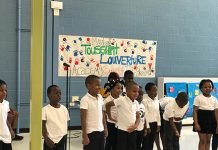 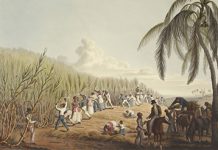 Shackles by Any Name…