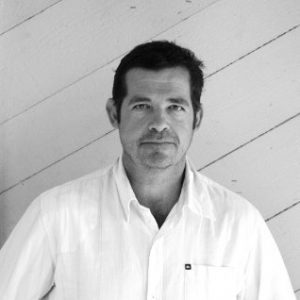 Growing up in a multicultural, multiracial, multiethnic, multilingual environment is the basis for the establishment of the integrated society that most of us claim to want for our children. Many of us would prefer a multilingual and religiously diverse environment as well, as it may provide the best chance for survival in an increasingly radicalized world. However, the desegregation of public schools in the U.S. is faltering and may even be on the decline. Unfortunately, federal education policies are set to accelerate this decline unless action is taken to reverse it soon.

The U.S. public education system is based on the core principles of equality and inclusion; however, schools are about as segregated today as they were 50 years ago. While racial segregation plummeted between the late 1960s and 1980, it has steadily increased ever since, mainly due to school districting, demographic shifts, and private preferences. The result is that 37% of our public schools are one-race schools—nearly all white or all minority (“Brown at 62: School Segregation by Race, Poverty and State,” UCLA Civil Rights Project/Proyecto Derechos Civiles, May 2016).

A federally backed school voucher system would exacerbate the problem.

New research from the Albert Shanker Institute (“Public and Private School Segregation in the District of Columbia,” September 2017) suggests that private schools are a major factor in the segregation of children in Washington, DC’s public schools. So much so, in fact, that if segregation between black and white students within public schools were completely eliminated, over half of total segregation would still remain, specifically because of how segregated the student populations are between public and private schools.

Another report (White Growth, Persistent Segregation: Could Gentrification Become Integration?), released last month by the UCLA Civil Rights Project, shows that DC’s most rapidly gentrifying areas have seen a decline in racial segregation, more so in traditional public schools than in charter schools.

America’s public school system is one of the nation’s greatest achievements because it is for every child, regardless of race, religion, ethnicity, language, income, or legal status. By encouraging states to implement voucher systems to fund enrollments in private schools which are not subject to the same standards and free to exercise religious or cultural bias, the administration may not only undo decades of progress in social integration, it may undermine the cohesive fabric that bonds together this country’s disparate mix of races, ethnicities, and religions.