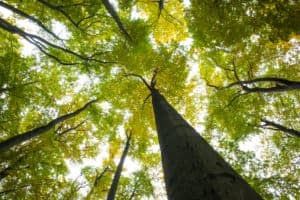 Scores of indigenous North American languages might not survive the 21st century, so scientists from Canada’s McGill University are proposing to borrow a leaf from conservation biology to preserve as much linguistic diversity as possible.

When setting conservation goals, ecologists use evolutionary trees—diagrams that show how biological species are related to one another—to identify species that have few close relatives; such species are said to be evolutionarily distinct. Similarly, recent advances in the construction of language trees make it possible to gauge how unique a language is.
“Large, well-sampled species trees have transformed our understanding of how life has evolved and helped shape biodiversity conservation priorities,” says Jonathan Davies, associate professor of biology at McGill and senior author of the new study, published in the journal Royal Society Open Science. “The construction of more comprehensive language trees provides an equivalent opportunity for language preservation, as well as benefiting linguists, anthropologists, and historians.”

“The rapid rate of language loss, coupled with limited resources for preservation, means that we must choose carefully where to focus our efforts,” adds Max Farrell, a PhD student in Davies’s lab and co-author of the new paper. “The more isolated a language in its family tree, the more unique information it contains and ultimately contributes to linguistic diversity.”

Tongues on the EDGE

As a case study, Farrell and co-author Nicolas Perrault, now a graduate student at the UK’s Oxford University, used this approach borrowed from conservation biology to generate rankings for 350 Austronesian languages, spoken on islands scattered across Southeast Asia and the Pacific Ocean. Data were drawn from a language tree of several hundred Austronesian languages published by University of Auckland researchers in 2009, and from Ethnologue, an online database of over 7,000 living languages. (All told, there are more than 1,200 Austronesian tongues today, making it one of the world’s largest language families.)

For each of the 350 languages in the new study, the researchers combined measures of evolutionary distinctiveness (ED) and global endangerment (GE) to produce an “EDGE” score, similar to a metric used in conservation biology.
The language with the highest score was Kavalan, an exceptionally distinct yet nearly extinct language indigenous to Taiwan, where Austronesian languages are believed to have originated some 4,000 to 6,000 years ago. The next-highest scores went to Tanibili, a nearly extinct language in the Solomon Islands, and the Waropen and Sengseng languages of New Guinea.
By building trees for other language groups and applying similar metrics, language specialists could target preservation efforts and help minimize the loss of linguistic diversity in the future, the researchers say.

In Canada alone, for example, there are more than 70 Indigenous languages—most of which are considered to be endangered.

“Languages are the spark of a people, the bearing of cultures, and with their extinction we lose unique insights into human history and the evolution of language itself,” says Perrault. “Their disappearance is a loss to humanity, scholarship, and science.”
Funding for the research was provided by the Natural Sciences and Engineering Research Council of Canada.