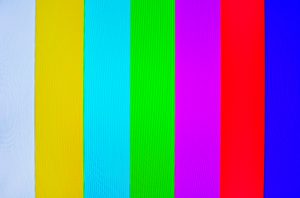 Does one have to speak Spanish to be considered Hispanic or Latino in the U.S.? What is the role of Hispanic media in the country which elected Donald Trump a year ago? How important is the Spanish language to Hispanic media? How does such media affect the use of Spanish in a country with 58 million Spanish speakers?

These were some of the questions asked during the II Jornada de Medios de Comunicación y Cultura en Español, which was recently hosted by the Instituto Cervantes at its headquarters in Madrid.

Organized by the Institute’s press department, the conference culminated with a session by Univisión presenter Jorge Ramos on Hispanic media under the Trump administration.
Other speakers included Alberto Vourvoulias-Bush, a professor in the Spanish journalism program at City University New York, who said that in the U.S. there was “a desperate shortage of bilingual journalists.” He argued that for recent immigrants, the Spanish-language media is a “lifesaver which helps them navigate a new world” in such basic areas as finding work, health care, or school for their children.

Frances Negrón-Muntaner, director of the Media and Idea Lab at Columbia University, shared his belief that “the Hispanic community doesn’t exist as such and the term Hispanic is being used less every day.” For the Puerto Rican journalist, the English-language media “is a place where Latinos are marginalized,” by the continued casting of stereotypes like gardeners and maids, while the traditional “Latin lover” has virtually disappeared—the last one being Antonio Banderas.

The moderator of the first debate, Ángel Badillo, lead researcher at the Real Instituto Elcano, argued that Spanish is no longer a factor of identity, as 80% of Latinos believe that one does not have to speak Spanish to be considered Latino.

During the second debate on the future of Spanish-language media in the U.S., Alberto Avendaño, ex-director of El Tiempo Latino/Washington Post, claimed that “Hispanic-American” news coverage in the English-language media was “absolutely pathetic,” but he was optimistic, since every month, 50,000 Latinos come of age (more than young “Anglos”), so a social and demographic shift is inevitable.

Armando Trull, NPR’s chief correspondent on race and identity, questioned the policies of Republicans in the White House and Congress who were ready to “do away with Hispanic immigration.” He argued that the Spanish-speaking media “tell their audience what they want to hear” and that talking about the “quality of Spanish” spoken in the U.S. ignores the fact that “Spanish has many qualities.”