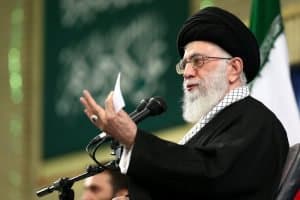 Iran has announced that English would no longer be taught in primary schools after Islamic leaders warned that early exposure to English would help facilitate a “cultural invasion.” Iran’s Supreme Leader, Ayatollah Ali Khamenei, has previously expressed concern over speaking English.

The ban comes as a particular surprise, as many Iranians study and speak English. Proficiency levels, however, have been on the decline. According to the EF English Proficiency Index, Iran has fallen from 28th place (of 54) in 2012, to 65th place (of 80) in 2017.

“Teaching English in government and nongovernment primary schools in the official curriculum is against laws and regulations,” said head of the state-run High Education Council, Mehdi Navid-Adham. “This is because the assumption is that, in primary education, the groundwork for the Iranian culture of the students is laid,” adding that extracurricular English classes may also be blocked.

Ayatollah Khamenei said in that speech directed to teachers, “That does not mean opposition to learning a foreign language, but (this is the) promotion of a foreign culture in the country and among children, young adults and youths.”

“Western thinkers have time and again said that instead of colonialist expansionism … the best and the least costly way would have been inculcation of thought and culture to the younger generation of countries,” Ayatollah Khamenei said, according to the text of the speech posted on Leader.ir, a website run by his office.

In a previous speech directed at teachers, Khamenei criticized English in nursery schools, stating that it was part of a greater Western move of instilling “thought and culture to the younger generation of countries.”

“These remarks do not mean terminating English language teaching at schools, but the main issue is to know our rival and how precisely the opposite party has made planning to influence the country’s future generation,” he said.

The announcement comes amid anti-government protests in Iran that began in December. The protests, which have voiced concert over Iran’s standard of living, have resulted in at least 21 deaths have 1,000 arrests.