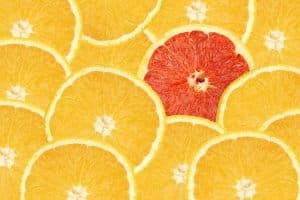 All language teachers know from their teaching experiences that language learners are different from each other. Now, neuroscience is helping us understand these differences. Learners are complex beings who do not fit easily into neat, clearly defined categories. Student differences cited in this article demonstrate a broad spectrum of behaviors and abilities, with the majority somewhere in the middle. In addition, the newest research in brain plasticity indicates that our brains are constantly changing. A learner who shows strong indications of a particular learning trait now may demonstrate different behavior in the future. This complexity in learners means that we must do our best to understand individual traits, starting with the most basic trait of all, efficiency in learning.

There is little consensus yet about how efficient learners become efficient, but in language learning, one factor is very clear. Learning a second language makes it easier to learn a third or even a fourth. This is especially evident in the acquisition of vocabulary in a new language (Kimppa, 2017). Recent research suggests that the process of learning a new language even involves a certain amount of neurogenesis, the creation of new brain cells, especially in the hippocampus, an area of the brain closely associated with learning and memory (Yau, Li, and So, 2015).

Over the past decades, language learners, teachers, and cognitive psychologists have described individual learning styles, proposing categories such as “visual learners” and “kinesthetic learners.” Recent research clearly demonstrates these variances in individuals’ ability to process sensory data, especially for visual and verbal learners. In one experiment, subjects were shown written words for emotions—for example, happy.

They were also shown photos of people exhibiting those same emotions—for example, a photo of a smiling child. The results of the experiment were clear for the two learning styles tested. Verbal learners reacted to words over twice as quickly as to images. Visual learners reacted to images over twice as quickly as to words (Parasuraman and Jiang, 2012). The implication for language learning is that lessons combining visual and verbal input will be effective for a wider range of leaners.

A significant factor in analyzing learners’ differences is the rate at which individuals desire new sensations. Cognitive psychologists began identifying people on a high-to-low sensation-seeker continuum long ago; neuroscientists have confirmed biological differences between these learners. For example, the hippocampus in a high sensation seeker is larger than in a low sensation seeker.

It can be very difficult to have these two very different types of learners in the same classroom. Low sensation seekers prefer to master new content and concepts before moving on to something new; they tend to avoid risk, so they may be reticent speakers in a language class. High sensation seekers dislike repetition and become bored if the content of the lesson does not change. Avoidance of repetitive practice has a negative impact on a learner’s progress, as a certain amount of repetition is necessary for new language to be firmly laid down in long-term memory. However, in conversation classes, high sensation seekers tend to be more willing to speak and to worry less about making mistakes, so they engage in valuable communicative language practice more often than low sensation seekers.

In digital courseware, it is easier to deal with these individual differences. For example, in the neo Study app, learners can choose to repeat new sentences as much as they like. High sensation seekers can move on after they have received adequate exposure to the new language. A separate function, the Shuffler™, uses a powerful artificial-intelligence engine to gauge the extent to which learners have mastered basic forms of a lesson’s target language. Learners who are excelling are given slightly more difficult variations of language that they have already seen. For example, a learner may at first see the sentence “It takes an hour to get to work.” After demonstrating comprehension of the concepts in the sentence, the learner will see “It takes an hour for him to get to the post office.” For high sensation seekers, even this slight variation prevents boredom and provides the multiple exposures to new language that promote efficient language learning.

The Role of Emotion in Language Learning

Perhaps the greatest revolution in our thinking about language learning has come in our understanding of the role of emotion. As Dr. Mary Helen Immordino-Yang has pointed out, we have a tradition of trying to separate cognition from emotion dating back at least to the French philosopher René Descartes. For Immordino-Yang, this is pointless, since modern research has clearly shown that “emotion and cognition are intertwined and involve interplay between the body and mind” (Immordino-Yang, 2011). Emotion is a powerful force for optimizing learning and memory.

Understanding how emotion affects language learning requires a basic understanding of the amygdala, part of the limbic system in the brain. The amygdala guides the glands that control the release of hormones related to emotion—for example, adrenalin and cortisone. The amygdala is connected to the hippocampus and works in tandem with it to receive new language content and concepts from working memory, consolidating these new bits of information and passing them on to long-term memory. The amygdala assesses the emotional content, positive and negative, and the personal significance of information.

Language lessons which involve rich sensory input that learners feel has significance for their personal lives will be much more effective than those which the learners find irrelevant. For example, in a language lesson on ordering food in a restaurant, the learners will retain more of the target language if the lesson allows the students to talk about their personal culinary likes and dislikes and to practice ordering food they genuinely love eating.

In all language-learning sessions involving emotional content, the reactions of individual students vary widely. This is especially evident in cases where students do not understand a lesson’s target language or are feeling left behind. To understand possible outcomes in these situations, it is useful to refer to the work of Dr. Jaak Panksepp, the renowned researcher into emotions. Panksepp identified seven “primary emotional systems,” of which “seeking” and “play” have been cited most often as being useful as motivators in education. With learners who are struggling, however, it is the “seeking” system which is the most helpful in understanding their various responses. For some learners, confusion triggers a very positive response; for others, it leads to learning and memory problems (Tying et al., 2017).

When learners run into something that they just do not understand, some of them are able to convert their confusion into a powerful learning event if they have learned strategies for dealing with misunderstanding and have a strong support system to rely on. In these learners, confusion can trigger the primary emotional system of “seeking,” closely associated with curiosity. If curious students seek help from an instructor, a classmate, a textbook, a dictionary, or another source that provides the answers they need, that will lead to an optimized understanding of the new knowledge.

At the level of brain chemistry, what happens is that the amygdala reacts to the emotion of the confused student and triggers the release of powerful stress hormones—for example, cortisol and adrenaline. Moderate amounts of these hormones greatly enhance learning and memory.

A key in this process of going from confusion to learning is in the support that the learners need to move past confusion.

In the ever-growing world of online learning, support for learners is especially critical, as learners are not going to bricks-and-mortar classrooms where they can ask instructors for help. For example, in the neo Study app, learners have regular one-to-one video coaching sessions with a coach who has lesson-current knowledge about the learner. Coaches have a dashboard with detailed information, including how the learner is doing with comprehension questions, the learner’s time spent studying, performance in speech-recognition activities, and scores on assessments. This allows the coaches to deal with the highly individual situation of each learner and transform confusion into efficient learning.

If learners do not seek or have access to learning support, however, they may start to feel anxious or overwhelmed, especially if they are far from home. An additional factor is that stress is a deeply individual matter; a stressor—for example, a big test in the near future—will not cause severe stress for most students. However, students who do feel overwhelmed may suffer serious impairments to their learning because of the release of a great amount of stress hormones, an event triggered by the amygdala’s overreaction to the students’ emotional state.

Neuroscientists have now analyzed the effects of stress on learning. Learning under severe stress may involve:
Less flexible or detailed encoding of new language.
Poor integration of new language with existing knowledge.
Impaired retrieval of recently acquired language.
Chronic stress or severe stress over a long period of time may even cause the death of cells in the hippocampus and premature brain aging (Vogel and Schwabe, 2016).

There are many things that teachers can do to help students cope with their stressful lives. For students who have high individual levels of stress, personal conferences can be extremely effective. Asking students about their stress acknowledges the situation so that solutions can be proposed.

Research has shown that tests are a huge cause of stress for students.
When teachers have a grading system that is not test centric, it goes a long way toward fairly evaluating students whose anxiety causes their test performance to plummet. Counting performance on in-class activities, homework, and writing portfolios reduces grading anxiety.

Practice tests have also been shown to be extremely helpful for anxious students. If the students take a test that is similar or identical to the actual test that they will be taking, it removes some fear of the unknown. They understand what is coming and how to study for it.

Finally, standard relaxation techniques are extremely effective for overwhelmed students. These stress-reducing activities include yoga, meditation, creative visualization, and mindfulness.
In addition, getting regular exercise is helpful for all learners.

Being aware of individual learning differences can enhance our understanding of our learners and lead to more effective teaching. As stated in the introduction, however, we all need to be careful when labeling learners. The characteristics described in this article form a continuum, with most learners somewhere in the middle. In addition, our brains are constantly changing.

The more language we learn, the more efficient we become at learning language. This is because our brains are not static but dynamic. Research in brain plasticity has changed many of our ideas about how people learn languages. Our efforts as learners can improve the way we learn.

As Dr. Sheri Mizumori, chair of psychology at the University of Washington, said in Neuroscience, a documentary, “The fact that we now know that the brain is very plastic and very flexible is really exciting because that suggests that we can control, to some extent, the functioning of our brains, the health of our brains.”

Kevin McClure is DynEd’s AI and assessment lead. He has a master’s degree in applied linguistics and 36 years of experience in all aspects of English language teaching (ELT). He has authored three listening and speaking textbooks and has lived and worked extensively in France, Japan, and China.