Indonesia’s government is introducing a regulation that requires companies to offer training in Bahasa Indonesia, the country’s official language, to foreign employees. The requirement comes after considerable media coverage portraying an influx of Chinese workers moving into Indonesia’s like mining, smelting and power industries.
In March, Indonesian President Joko Widodo signed a decree, which was ostensibly aimed at simplifying procedures for issuing work permits to foreign workers, but it contained a clause that instructed all companies, domestic and foreign, who employ foreign workers to “facilitate Indonesian language education and training.”
That new rule is now coming into force, although its practical details are still being finalized. According to an unnamed official from Indonesia’s Ministry of Manpower and Transmigration, it may become mandatory for companies to offer Bahasa training for longer than six months, and companies could face penalties for non-compliance. However, workers will not be held accountable if they do not attend language classes.
Chinese workers top the number of foreigners employed in the country, which totaled 126,000 last year, according to official data. However, some union leaders say these figures do not account for undocumented immigrants.
Bahasa Indonesia is a standardized register of Malay, which has been used as a lingua franca in the archipelago for centuries.
In 2013, a regulation was introduced requiring expatriates to be proficient in Bahasa, but it was never enforced and the President reversed it in 2015. 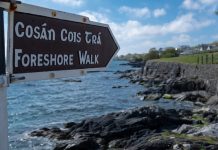