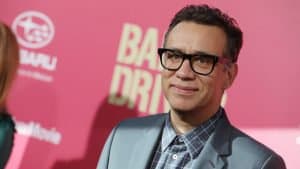 Actor and writer Fred Armisen, known for T.V. series “Portlandia”, is creating a new Spanish-Language comedy, “Los Espookys,” on HBO.  Armisen will be a co-writer and executive producer for the show, and will also appear in the role of Tico. Ana Fabrega and Julio Torres will co-write the series, set in a surreal version of present-day Mexico City. The show will star Bernardo Velasco, Cassandra Ciangherotti, Fabrega, Torres, and Armisen. The show will follow a set of friends, turning their love for horror into a peculiar business.”

In the show, Velasco plays the leader of Los Espookys, Renaldo. Ciangherroti, a Mexican actress based out of Mexico City, play the character Ursula, who is a dental assistant. Because of her job she has access to teeth, and provides them to the group. Fabrega, who has appeared alongside Armisen in “Portlandia,” plays Ursula’s sister and test dummy, while Armisen plays Tico, Renaldo’s valet driver.

From what has been leaked about the show, it seems like the series will be along the same vein of the 2004 comedy-horror film “Shaun of the Dead”, 2017 award-winning comedy horror film, “Get Out.”