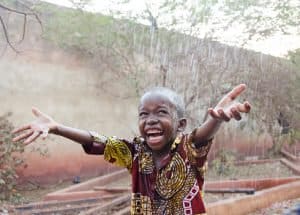 A new study by The Department of Modern Languages and European Studies at the University of Reading in England examined the roles and importance of languages in NGO (Non-governmental organizations) workers. The study, “Respecting communities in International Development:languages and cultural understanding” was created in part with the Arts and Humanities Research Council and nitric for civil society. The study was borne out of the project team called Listening Zones.

The study came out of a three-year project investigating the roles of language in International Development, as it was observed that  ‘listening’ is key to the relationships which International Non-Governmental Organizations (INGOs) seek to form with communities across the world.

• what is the role of languages in power relations in development work?

• how much organisational awareness is there of languages/language policy?

The study found that many NGO workers on the ground do not speak the local language, that language issues do not have a high priority with NGO’s, that foreign language policies are typically not drawn, and funding for translation and interpreting tends to be limited. Language is seen as being important in creating trust with local communities. “International donor representatives must be motivated to learn the local language … local people will see their efforts and their attitude will be different. There will be more trust, because language serves as a bridge of trust.“ –Director of national SNGO network

The study also proposes a series of recommendations for NGO’s including: