The latest Open Doors report shows record numbers of students are studying abroad but new international enrollments in the U.S. are dropping

The number of international students in the United States surpassed one million for the third consecutive year, increasing by 1.5% to reach a new high of 1,094,792 million, while the number of U.S. students studying abroad for academic credit at their home institutions in 2016/17 grew by 2.3% to 332,727, according to the 2018 Open Doors Report on International Educational Exchange.

In 2017, international students contributed $42.4 billion to the U.S. economy through tuition, room and board, and other expenses, according to the U.S. Department of Commerce. “International students studying alongside Americans are a tremendous asset to the United States,” said Marie Royce, assistant secretary of state for Educational and Cultural Affairs. “We need to develop leaders in all fields who can take on our toughest challenges. We need people who can find solutions that keep us secure and make us more prosperous. We want to send a message that international education makes us stronger as a country.”

Encouragingly, Open Doors 2018 shows that the profile of U.S. students going abroad continues to diversify. The number of students identifying as racial or ethnic minorities who studied abroad in 2016/2017 was 29.2%, up from 17% in 2005/06. About one in 10 U.S. students study abroad during their undergraduate career.

“Expanding access to opportunity through international education helps us build stronger ties across the world,” said Dr. Allan E. Goodman, president and CEO of the Institute of International Education (IIE), publisher of Open Doors. “International students have more choices than ever before on where to pursue higher education. The dedication of American colleges and universities to students’ academic, professional, and personal success is one of the main factors in our international competitiveness.”

The full 100+ page report will be available in early 2019 and can be ordered from IIE Books. For more data, infographics and resources visit iie.org/opendoors. 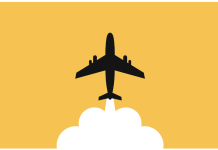