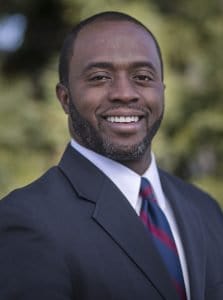 Democratic Assemblyman Tony Thurmond managed to come from behind to emerge as California’s new superintendent of public instruction, beating out Marshall Tuck, a fellow Democrat and former Los Angeles executive of charter schools and educational nonprofits.

Thurmond lived in San Jose, where he was raised by a single mother, a teacher from Panama, who died of cancer in 1974, when he was 6. He then moved to Philadelphia, where he was adopted and raised by his cousin and stepfather.

It took 11 days of vote counting in California for the vote to be declared.

“I want to thank the voters of California for electing me to serve the six million students of California,” Thurmond, who overrode Tuck’s broader-based appeal with decisive margins in the state’s coastal and urban counties, said in a statement.

For pro-charter donors, the result was disappointing after spending tens of millions on the race.

Eric Heins, president of the California Teachers Association, commented that Thurmond’s win “sent a loud message to the billionaires and corporate special interests who spent nearly $40 million trying to buy the state superintendent’s office: Our public schools are not for sale!”