The Australian Literacy and Numeracy Foundation (ALNF) won an award at the South by Southwest (SXSW) Innovation Awards in Austin, Texas in the Innovation in Connecting People category for the Living First Language Platform. The 22nd annual SXSW Interactive Innovation Awards Presented by KPMG recognize the most exciting tech developments in the connected world. The “Innovation in Connecting People” category, is “honoring the most forward-thinking ways to connect and communicate with others.”

According to ALNF, “In Australia, First Languages are disappearing at a faster rate than anywhere in the world despite a universal acknowledgment that language plays a vital role in the health, wellbeing, education and future of Indigenous peoples. The Living First Language project harnesses technology in order to stem the tide of loss of First Languages and empower children to become learners in their Mother Tongues. ALNF’s technological solution offers a faster and more scalable means to efficiently and effectively capture and share languages.”

The platform reveals the ‘code’ of traditional languages by understanding their unique pronunciation and phonogram patterns, provides translations between First Language to English, breaks down languages into whole words, syllables, sounds and phonograms, and shows how different sounds are physically formed in one’s mouth.

ALNF states they hope “that the impact of this initiative goes beyond preservation of Language, and that the platform serves to strengthen communities, bridge cultural divides, foster resilience, encourage literacy and puts First Language back into community members’ hands.”

The Living First Language Platform is complementary to ALNF’s Early Language and Literacy program, which provides language resources in digital and print in English, Aboriginal, and Torres Strait Islander Languages. They also have a program called Coding Aboriginal Languages for Indigenous Literacy (CALIL). CALIL categorizes and converts oral First Language elements into reading and writing resources, which can provide community members with teaching and learning skills they can pass down to their children. This program goes hand and hand with their Learning to Read and Write in First Language program, which teaches adults how to teach others to read in First Languages.

Lastly, ALNF holds First Language Workshops that are designed to mentor and support First Langauge instructors by teaching them strageies and resources to facilitate literacy acquisition. 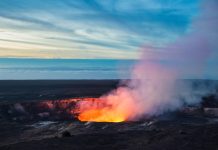