A new study published in Cognition suggests that infants may have more advanced linguistic understanding than previously believed. Conducted by a team of researchers at the University of Edinburgh and the Hebrew University of Jerusalem, the study looks at how children aged 11-12 months old processed multi-word sequences—phrases like “clap your hands,” for instance. The results showed that children are indeed sensitive to multi-word utterances, thus challenging the commonly held understanding of language acquisition that children progress from understanding and producing single words to phrases and then to sentences.

“Previous research has shown that young infants recognize many common words. But this is the first study that shows that infants extract and store more than just single words from everyday speech,” said Dr. Barbora Skarabela, a researcher at the University of Edinburgh who led the study.

In an experiment with 36 infants, the researchers sought to assess whether or not the infants processed common three word sequences (as in the “clap your hands” example above) differently from less common ones like “take your hands,” for instance. The researchers used a central fixation paradigm—a testing method that analyzes infants’ attention by assessing their looking behavior in response to certain sounds—and found that the 23 of the 36 infants paid more attention to the high-frequency phrases than the low-frequency ones.

These results suggest that infants learn multi-word sequences alongside individual words, a finding that hadn’t been previously explored much. Even before children make their first single-word utterances, they are capable of processing the multi-word utterances they come across in their environment. “This provides the first evidence that infants at the cusp of one-word production are already sensitive to the frequency of multi-word sequences, and suggests they represent linguistic units of varying sizes from early on, raising the need to evaluate knowledge of both words and larger sequences during development,” the paper reads.

“This suggests that when children learn language, they build on linguistic units of varying sizes, including multi-word sequences, and not just single words as we often assume,” Dr. Skarabela said. “This may explain why adults learning a second language, who tend to rely on individual words, often fall short of reaching native-like proficiency in the way they string words together into phrases and sentences.” 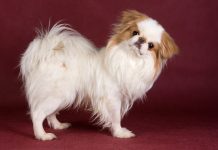 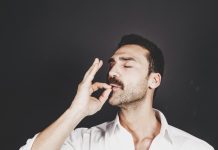