The largest and longest study of its kind on summer learning programs reveals short- and long-term benefits among students who consistently attended voluntary, five- to six-week summer learning programs. The findings suggest that these programs can be an important component of how school districts support learning and skill development among children in low-income communities.

The study, conducted by the RAND Corporation, followed nearly 6,000 students in five urban school districts from the end of 3rd grade through the spring of 7th grade, comparing students selected to attend the summer programs prior to 4th and 5th grade to those who applied but were not selected. The districts—Boston; Dallas; Duval County, Fla.; Pittsburgh; and Rochester, N.Y.—joined with local out-of-school time intermediaries and community partners to participate in Wallace’s National Summer Learning Project (NSLP), which was launched in 2011 to understand the implementation and effectiveness of voluntary summer learning programs.

Research has shown the summer months, when school is out of session, to be a time of widening achievement and opportunity gaps between low-income students and their wealthier peers–a pattern likely to be exacerbated by the COVID-19 pandemic and the uneven success of remote instruction. At the same time, summer could be an opportunity to help address these inequities.

Every Summer Counts builds on previous RAND studies that found that among all students offered the program, there were short-term, statistically significant benefits in mathematics, and that high attenders (those who attend 20 days or more) and repeat attenders reaped the most benefits. After one summer, high-attenders outperformed control-group students in mathematics in the fall and on the subsequent spring state assessment. After the second summer, high-attenders saw advantages in mathematics, language arts and social-emotional skills, with the outperformance in math and language arts persisting through the following spring. The current report includes new data showing that three school years after the second summer, academic benefits had decreased in magnitude and were not statistically significant, but remained educationally meaningful.

Researchers also evaluated the effect of different implementation factors. They found that the amount and quality of instruction influenced the amount of academic benefit that attenders received from the program.

Taken together, the findings reveal that well-planned, high-quality summer learning programs can produce meaningful benefits for students, especially for those with high rates of attendance and consecutive summers of attendance. This is important because research has shown that achievement and opportunity gaps between students from low-income families and their higher-income peers widen during the summer months when school is out.

Based on these findings, the researchers make several recommendations. First, they recommend that urban districts consider offering summer learning programs to improve outcomes among students from low-income families and with low academic achievement, particularly if they can offer these programs over multiple, consecutive summers. Second, districts should offer at least five weeks of programming with at least three hours of academic instruction per day. Third, to increase program effectiveness and maximize return on investment, districts should focus on ensuring strong student attendance, productive use of instructional time and high-quality instruction. 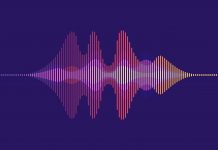 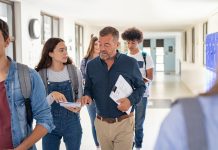 What Do Students Want Out of Today’s Language Class? 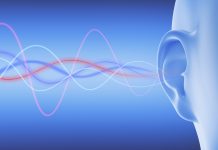 South African and European Universities Form Consortium to Boost Use of...