New reports of the pandemic’s impact on marginalized communities continue to come out, each one adding a new dimension to our understanding of the ways in which COVID-19 has had especially intense effects on linguistic and racial minorities in the country.

In July, results from the U.S. Census Bureau’s experimental Household Pulse Survey (HPS), which focuses on exploring the impacts of COVID-19 on food security among U.S. residents, were released. The survey was conducted in both English and Spanish and found that Hispanic individuals who responded to the Spanish-language version of the survey were significantly more likely to have faced food insecurity during the last year than their counterparts who responded in English.

While a minority of Hispanic respondents to the survey responded in Spanish (just 21.4%), those who did were twice as likely to have experienced food insufficiency during the pandemic. In spite of this, those who responded in Spanish were not more likely to receive SNAP benefits, which statisticians at the Census Bureau attribute to potential language barriers preventing those with LEP from easily accessing public resources that could benefit them.

Another recently released report from the NWEA, exploring the impact of the pandemic on students’ learning outcomes throughout the U.S., also found that racial minorities were disproportionately affected by the pandemic. While students were shown to have made some gains in reading and math during the 2020–2021 school year, these achievements were significantly lower than in past years— American Indian and Alaska Native, Black, and Latino students were shown to have been more negatively impacted than their peers.

“We report the largest achievement declines for AIAN, Black, and Latinx students, and for students attending high-poverty schools. These declines are of greater magnitude in math than reading and for younger students,” reads the NWEA report. “All together, these results highlight that the COVID-19 pandemic impacted marginalized students more, and as a result, exacerbated pre-existing inequities in educational opportunities and outcomes.” Andrew Warner 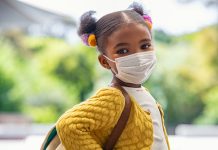