This past year added a new layer to the challenges that language teachers perennially confront with the pivot to online learning. In this article, I will share a semester-long project that took place in fall 2020 that addressed some of the primary challenges that face world language instructors. My examples come from the Portuguese-language classroom, but they can be useful for teachers of other world languages with diverse, international cultures such as Spanish and French.

Rather than creating additional barriers, technology can be integrated into a course to enhance student learning in a mixed-level class so that all students are empowered as producers of knowledge. Students join the language classroom having different experiences with the target language and varying levels of proficiency. A challenge for the instructor is to maintain a low affective filter so that even the most timid and insecure of students can produce language and thrive in class. In the Southern California Portuguese classroom, the student body includes heritage learners, Spanish speakers, and students who may have studied Portuguese at different institutions, and as a result, the instructor needs to take into account what these different experiences bring to the classroom as resources and how to support different learners. Tools like Flipgrid and Blogger can increase student engagement online.

For teachers of world languages, a persistent challenge is presenting the world to our students when so many of us feel at home and familiar in one national or regional context while lacking mastery in the other cultures that speak the languages we teach. This is certainly true for Portuguese, which boasts official language status in countries spanning four continents. Indeed, it seems as if the only thing that the countries of the Lusophone world share is that Portuguese colonization impacted the landscape and the people, forever changing their trajectories. As a teacher of Brazilian Portuguese, I often wrestle with how best to integrate authentic materials and foster cultural competency from other Lusophone contexts without falling into the seductive culture-capsule lesson, in which students learn a fascinating tidbit from the target culture but without transformative or meaningful engagement.

Taking both of these challenges into account, I designed a project through which my students and I would learn more about the Lusophone world while engaging with poetry and music. At the initial planning stages, I did not know that this project would open up my classroom to a world beyond our university and that my students would learn directly from cultural producers from all over the Lusophone world as well as diplomats based in California.

In the context of pandemic-era instruction, the first semester in Intermediate Portuguese was taught remotely via Zoom, while content was made available to students via Canvas. Students and I met twice a week for 75-minute Zoom sessions. During the remote meetings, I facilitated instruction using an integrated skills approach. For select class meetings, we focused on the cultural component of the course: the Canções project.

The initial goals of the project were to 1) integrate music into the course to answer student demand for more exposure to music; 2) explore the concept of lusofonia and the diverse places on the planet where Portuguese is spoken; and 3) create speaking activities through which students could record themselves using audio and video, which I find encourages their participation in speaking more than a live discussion via video chat. To address the first two goals, I selected an album that introduces lusofonia through the sounds and words of speakers from across cultures, Canções para Abreviar Distâncias by Portugal-based Brazilian singer Isabella Bretz. The concept behind Bretz’s album lent itself perfectly to the project as each song showcases lyrics from poetry from all of the cultures from the Community of Portuguese Language Countries (Comunidade dos Países de Língua Portuguesa—CPLP) to celebrate the lyricism and music of the Portuguese-speaking world.

The project reached a new level when I contacted the artist via social media. I sent her an initial message saying she would receive an email about a project I was designing around the materials from her album and requested permission to use Canções para Abreviar Distâncias. She replied quickly, and we chatted via Zoom shortly thereafter. She told me she was from Minas Gerais, Brazil, but lives in Cascais, Portugal, and that she had been in touch with several of the selected poems’ authors. As we continued talking about how to integrate her experience as a Brazilian living abroad and her experiences in other Portuguese-speaking countries, I learned she had many stories she could share with me and my students. As Isabella became more interested in learning about my ideas for the semester-long project, I realized she was the perfect “expert” for the initial phase.

At the beginning of the semester, Isabella visited my class via Zoom. She spoke and answered questions submitted by the students about her creative process of converting poems by living Lusophone writers into songs and developing her connections with the Portuguese-speaking world. Using video chat also allowed the class to welcome her more than once. At their final presentations, she joined us again so we could shorten the distance between San Diego and Cascais, in Portugal.

One objective of the project was to provide students with additional opportunities to practice their communication skills via audio and video and receive peer feedback, as well as personalized instructor feedback on oral production and pronunciation. To this end, I selected an application called Flipgrid, which is a video discussion tool that allows students to record their own video replies to a given prompt. This edtech tool offers accessibility features such as an immersive reader, and it can be integrated with Canvas, which allowed my students to log in and access their tech tools on the same learning management system they use for all of their classes. Once students had created their accounts on Flipgrid, they could access the prompts and start replying via video. The first part of the task was to recite the poem assigned to each Flipgrid.

For instance, students completing the Flipgrid about Brazil had to recite Adélia Prado’s poem after completing a fill-in-the-blank activity that was part of a previous listening-comprehension activity. After that, they had to answer two questions related to the poem itself and one expansion question about the possible reasons behind Bretz’s choice of the poem. For example: “Why do you think the singer Isabella Bretz chose this poem, ‘Alvará de Demolição’, to sing?” Once students had posted their recordings, their classmates had to listen to them and comment or ask questions, very much like one would do in a written discussion forum.

My role as their instructor was to facilitate the discussion forums and provide individual feedback. As a result of this continuous practice, students reported having improved fluency and pronunciation as well as vocabulary development and cultural awareness. In addition, students experienced an increased sense of community and collaboration, which resulted in retention of students, as over 60% continued studying Portuguese the following semester.

In fact, this summer I had a conversation with one of the students in that course, and she reported to me that she and another student in that class are currently meeting up in person twice a week to practice Portuguese. I believe that speaks volumes to the kind of bond that developed among them. It seems the project brought them closer together, forming friendships that are going beyond the limits of a Zoom learning environment.

In addition to Flipgrid, students also used Blogger to present their projects. A blogging platform that is free to access, Blogger is ranked among the easiest to use. The final project of the semester was to create a cultural product based on what students had learned about the Lusophone world as they learned the language. Students had the chance to further their understanding of cultural aspects that went beyond an author’s work and fame. They also learned where they lived, how their careers unfolded, and how their life experiences influenced their literary production. In the end, it was a win–win situation: the students learned about the CPLP, about the authors and their countries of origin and their histories, and how Portuguese had come to be an official language there. From my perspective, I have developed a deeper interest in the cultures of the CPLP. This experience allowed me to broaden my understanding and appreciation for those cultures, and I also networked and connected with outstanding representatives from those nations.

With the support of the Behner Stiefel Center for Brazilian Studies and the Department of Spanish and Portuguese at San Diego State University, I planned an event in honor of World Portuguese Language Day, the UNESCO-observed holiday that takes place on May 5, to cap off the academic year and add another level of engagement with the Lusophone world for students.

The live Zoom event included the participation of the consul of Brazil, Ambassador Márcia Loureiro, and the consul of Portugal, Maria João Lopes Cardoso, who both spoke on the important role of language and area studies programs in their missions here in the U.S. With the help of Isabella, we invited several of the poets who wrote the lyrics of the songs from Canções para Abreviar Distâncias to speak on the topic of lusofonia, and we broadcasted Isabella performing her songs. To showcase the importance of Portuguese at our campus, faculty, staff, and students spoke on their experiences with the language and what Portuguese means to them.

My students also performed a reading of the poem “Língua Portuguesa,” by Olavo Bilac. All of these elements were combined into in a live Zoom event where students could listen to different accents of Portuguese speakers and see how a whole Lusophone world is within their reach, from the people on campus who speak Portuguese to artists and diplomats from the Lusophone world who were willing to join us to celebrate. In sum, the event was a high-impact learning experience as well as a way to enjoy ourselves and listen to music together at the end of an unprecedented academic year.

The final phase was possible due to the contacts Isabella had with the living poets whose work she showcased in her songs. I contacted some of them via email and social media and talked to them about the project.

My personal and professional goal was to foster new international connections and network with them as new projects may emerge. In addition to learning considerably about the CPLP through these cultural ambassadors, I have developed relationships with real-life representatives of the Portuguese-speaking world, opening the doors to learning more about their cultures, careers, and histories.

While this project had several moving parts and counted on collaboration with others, it can be reformulated and replicated for other target languages and institutional contexts. In the same way that Isabella’s music aims to shorten distances, our teaching can also shorten distances when we experiment with technology and take risks, just as we encourage our students to. We can reach out to artists and diplomats, even if initiating those contacts make us nervous or we feel shy. The rewards for us and for our students far outweigh the risks. 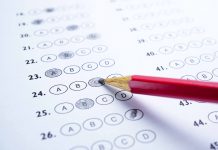 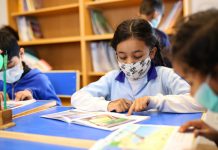 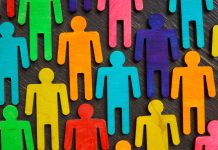 Improving Language Equity for the Seals of Biliteracy