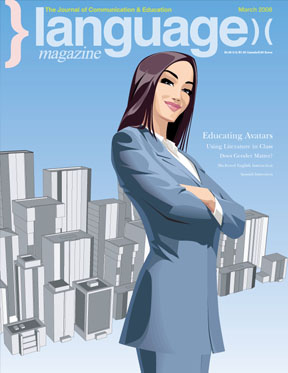 Now that the Republicans have chosen their Presidential candidate and the Democratic contest is reaching its climax, political analysts across America are searching for demographic indicators to help predict the outcomes of primaries in the key states of Ohio and Texas this month.

Pundits have been quick to claim that supporters can be classified according to race, gender, income and age —Barack Obama gets the Black vote, the affluent White male vote and most of the young (under 30) vote, while Hillary Clinton gets the female vote, the White male blue collar vote, most of the senior vote, and the Latino vote.

With 228 delegates up for grabs, Texas will be pivotal in the race, and Texan Latinos could well decide the nomination, as they are expected to make up a third to a half of the voters casting ballots in the Democratic primary.

Clinton had outpolled Obama two-to-one among Hispanic voters nationwide until Super Tuesday, but Obama did receive more Hispanic support in recent contests in Virginia, Maryland, and the District of Columbia. However, he will have to significantly increase his share of the Hispanic vote if he is to succeed in Texas.

Obama’s surge in popularity coincides perfectly with his adoption of the “Yes, we can” slogan, which even inspired a slew of Hollywood celebrities led by The Black-Eyed Peas’ Will.I.Am to produce a song and video that likens the Illinois Senator to the venerable Martin Luther King, and has taken the inboxes of America by storm.

Maybe now is the time for Obama to recognize the source of this catchy slogan and incorporate the Spanish clarion call, ¡Sí, se puede! into his campaign. Back in the 1970s, César Chávez, a United Farm Workers of America (UFW) co-founder and Mexican American labor leader, embarked on a 25-day fast to protest Arizona’s anti-farmworker labor laws. When supporters began to doubt that the laws could be changed, UFW co-founder Dolores Huerta responded, “Sí, se puede.” Chávez and the UFW adopted the line, which has now become the slogan of America’s vast Latino community.

Tensions between Black and Latino Americans are often exaggerated, which has led many commentators to believe that no candidate can win the support of both communities, but the reality is that they share common political goals. “Our shared experiences as minorities brings us together,” said Congressman Charles Gonzalez, a Texan Democrat who supports Obama. “We know what it’s like to feel the sting of discrimination. The Latino understands that the day that you start citing race or ethnicity or gender for your vote is the day you give a basis for all those who once discriminated against us. It’s not going to happen. Not in our community.”

Obama’s challenge now and in the months ahead is to build cross-cultural alliances and fix the perception of interethnic tension. Can it be done? ¡Sí, se puede!

Does Gender Matter?
John Gilbert analyzes the evidence behind the theory that girls acquire language skills earlier than boys

January 2023 Inside the Issue