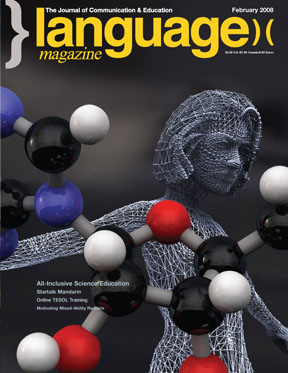 It now seems inevitable that the U.S. economy will go into recession over the next year. Economic analysts will disagree about the causes, its severity and its duration, but one thing we can be sure of is that we will be told that there is not enough money to properly fund our schools and asked to make sacrifices.

At the same time, the President and the Congress have come up with a plan to stimulate the economy and mitigate the effects of the downturn — a tax rebate (not technically a rebate, but it amounts to the same thing in practice) of about $300 to $600 for singles and from $600 to $1,200 for married couples. Anyone eligible for a refund would receive an additional $300 for each child 17 or younger who lived with them for more than half of 2007.

The plan will cost about $100 billion and its architects hope that most of the money will be spent immediately to stimulate the economy. Obviously, some people will save their money, others will use it to pay off debt, and the remainder will spend it. According to the latest polls, the number one item on the nation’s shopping list will be clothing, nearly all of which is imported, so $100 billion will buy us a temporary spike in consumer spending, a short-lived feel-good factor, and very little else.
What if we gave that $100 billion to our schools instead? One thing we can be sure of is that it would be spent rather than saved — spent on people living locally, services provided locally, and goods largely produced in the U.S., all of which would help to prolong its stimulative effect. It would also be spent far quicker than the rabate checks that will not be received until May or June, so the knock-on effect should be felt sooner. And, although it would be impossible to quantify the long-term benefits of a one-off influx of $100 billion into our educational system, they would clearly outweigh those generated by the tax rebate.

Of course, there is the hackneyed argument that increased spending does not improve schools, but, although it is not the only factor which affects a school performance and there are examples of extraordinary schools succeeding with very little funding, the basic equation that more money results in better schools remains true. There are vast funding disparities between schools in urban and suburban areas, between schools in different states (see Education Week’s Quality Counts report released this month), and schools in low-income areas are far less likely to employ fully qualified teachers than their counterparts in more affluent areas (see News, page 12).

As the purpose of this $100 billion windfall is just to kick-start the economy, maybe we should use this opprtunity to conduct an experiment and share the money just between the schools that most need it — those in low-income areas with high percentages of minorities and English learners. If the schools improve, — how this should be measured is another question — we will all be happy knowing that we made a long-term investment in the future of our country, and if there is no improvement, at least the economy got its stimulus. 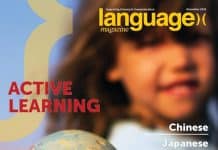 November 2018 Inside the Issue 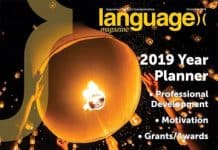 December 2018 Inside the Issue

Three Steps to Successfully Incorporate SEL into the Classroom