Vote for a Change 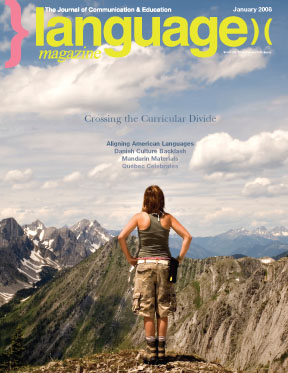 As we enter 2008, there is a sense of optimism in the U.S despite ongoing international conflicts and gloomy economic indicators. The only explanation for this paradox must be that the need for change is the common thread in nearly all the prospective presidential candidates’ platforms, and the impetus to break with the old is coming from exactly where one would hope — the youth of America.

Young Americans are consistently portrayed as self-obsessed consumers, and maybe we have become so conditioned to expect complacency, even apathy from them, that when they prove to be motivated, principled and impassioned, it is a welcome surprise.

However, rather than become complacent ourselves, we must address the problem of disenfranchisement amongst young people in linguistic and racial minorities, who are not only statistically less likely to vote, but are also less likely to become actively involved in political campaigns, than their white peers.

In the mid-term elections of 2006, turnout among voters under 30 jumped three points from 22.5 percent to 25.5 percent from 2002. The number of young Hispanic voters also jumped three points, but only from a modest 16 percent to 19 percent. Young Asian voters only rose by one point to 17 percent, but the young Black vote fell by one point to 24 percent, and the most disturbing statistic showed that the young Native American vote fell from 14 to 11 percent (source: 2006 Supplement of the Current Population Survey).

These statistics show that more effort must be made to encourage minority youth to vote, and, since 2006, the National Council of La Raza, Rock the Vote, and other organizations have worked hard to encourage voter registration. But there is no substitute for the face-to-face interaction between teacher and student.

Education and information are the cornerstones of democracy, and educators have a duty to inform their students about the electoral process, direct them to information sources, and encourage them to become politically active, while being very careful not to allow their own political bias to direct them to a particular party or candidate.
Of course, many students from minority backgrounds are not eligible to vote due to their age or immigration status, but that does not mean that they cannot become interested and involved in the political process.

The involvement of young people from all linguistic and racial backgrounds in the political process is essential to prevent the fragmentation of a democracy, so we must do all we can to ensure that everyone becomes invested in the process. To this end, Language Magazine is launching a website, www.particip08.org where young people can find information on the political process in a variety of languages, and how to vote for a change.

The Importance of Being Danish
Anita Flemington draws parallels between attitudes toward bilingual and multicultural education in Denmark and the U.S.

Mandarin Made Easy?
Chellis Ying asks if the wave of new products has made learning Chinese easier or merely less painful

January 2023 Inside the Issue