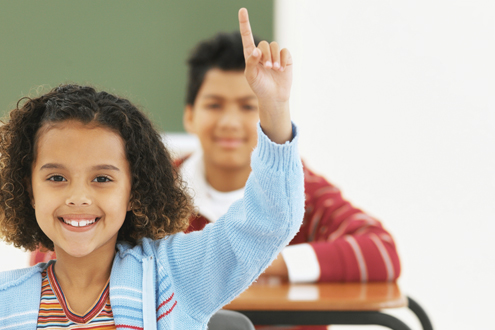 Maybe our schools are better than we are being led to believe! Results of the 2011 PIRLS (Progress in International Reading Literacy Study) show that the only countries with better 4th Grade reading levels are Russia, Finland, and Singapore. This is a remarkable success for U.S. public education, especially when you take into account Finland’s tiny population and 5% percent poverty level, and Singapore being a city-state.

According to the PIRLS, a highly-regarded study, since the last time the exam was given in 2006, American 4th graders have increased their average score by 16 points, from 540 to 556 on a 0-to-1,000-point scale, far above the PIRLS average of 500.

Jack Buckley, the commissioner of the National Center for Education Statistics, which analyzes the U.S. results, said he saw positive signs about how the United States is progressing compared with countries, “I tend to be quite optimistic on where the U.S. performs internationally,” he said. “We have a large and diverse set of kids to educate, and I think the results show we are doing quite well.”

Given by the International Association for the Evaluation of Educational Achievement, a group of research organizations, in partnership with the TIMSS & PIRLS International Study Center at Boston College, PIRLS was administered to 325,000 students around the world last spring, including 12,726 in 370 schools in the U.S. It produces an overall score in reading for each education system, as well as scores in two sub-areas: reading for literary experience, and reading to acquire and use information. Students are given passages to read, and a series of multiple-choice and short constructed-response questions to answer.

Even more remarkable, Florida, taking part in PIRLS for the first time, outperformed every country and all but one other jurisdiction (Hong Kong) taking the exam, by producing an average reading score that was 13 points higher than that of its own country: 569.

Florida joins other participants in the exam that are referred to in PIRLS documents as “education systems,” since they are parts of countries, such as the Canadian province of Ontario, and Hong Kong, an administrative region of China. Hong Kong was the only participant to outscore Florida. The state also outdid the United States as a whole in other aspects of PIRLS performance, such as the showing by its minority students.

Analyzing the results according to achievement level, only Singapore, with 24 percent of its students reaching the “advanced” level, significantly outperformed the United States, which had 17 percent of students at that level. Students must score a 625 or higher to reach “advanced.”

At that level, students can interpret figurative language, distinguish and interpret complex information from different parts of a text, and integrate ideas across texts to interpret characters’ feelings and behaviors. Five other countries-Russia, Northern Ireland, Finland, England and Hong Kong-produced results in the “advanced” category similar to those of the United States.

Fifty-six percent of U.S. students reached the “high” category by scoring 550 or better, and 86 percent reached the “intermediate” level, which requires a score of 475. Students at that level can identify central events, plot sequences and relevant story details in a text, make straightforward inferences, and begin to make connections across parts of a text. All but two percent of U.S. students scored the 400 necessary to make it into the “low” level of achievement.

Significant achievement gaps showed across gender, wealth, and racial lines. Girls outperformed boys in the United States by 10 points, although that was a smaller gap than the average 16-point gap among participating PIRLS systems. U.S. schools where fewer than 10 percent of students qualified for free or reduced-price lunches averaged 605 points, while those where more than three-quarters qualified for such assistance averaged 520.

White, Asian, and multiracial students in the United States scored above the U.S. average, and outperformed their black and Hispanic peers, who scored below that mark.

The PIRLS scores represented a rosier picture of 4th grade reading than did the National Assessment of Educational Progress results one year ago, which showed little progress. The analysis by the NCES, the statistical branch of the U.S. Department of Education, offers some insight into why.

While both exams include about the same proportions of literary and informational text passages, NAEP includes poetry and requires students to compare two different texts, the report says. Reading passages on PIRLS are shorter than on NAEP, and are set at about one grade level lower than those on NAEP, it says.

PIRLS focuses more on assessing readers’ skills in analyzing information within the text and drawing text-based inferences, while NAEP puts more emphasis on how readers develop inferences and personal interpretations by utilizing personal knowledge or perspectives to examine and evaluate the text, the report says.

“Overall, these differences suggest that the NAEP 2011 reading assessment may be more cognitively challenging than PIRLS 2011 for U.S. 4th grade students,” the NCES report says.