Language Magazine is the media partner for a very special evening of film, music, and food at Hollywood’s Ford Amphitheater on Friday, August 23, 2013. Hecho en México is a film that celebrates the cultural vibrancy of contemporary Mexico. 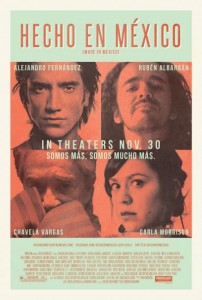 Sponsored by the Mexican Tourist Board in Los Angeles and Aeromexico, the event will feature musical performances by artists from the film, a conversation with the film’s director Duncan Bridgeman, and the screening of this inspiring movie that showcases the cultural and artistic diversity of the world’s largest Spanish-speaking country.

Mexico’s rich musical heritage, from traditional music to pop and rock, is highlighted in the film resulting in an inspiring cross-country road trip. Bridgeman, the Grammy® nominated producer of One Giant Leap, weaves a cinematic tapestry of original songs, conversations and reflections in this documentary, featuring some of Mexico’s most iconic artists and performers.