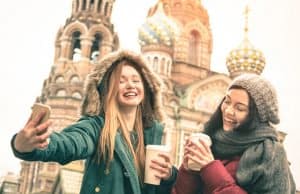 Moscow has accused the Estonian government of denying the rights of the Russian-speaking Estonian population in response to a rejected petition for four Russian-language high schools in Tallinn.

Konstantin Dolgov, the Russian Foreign Ministry’s envoy for human rights, democracy, and the rule of law, commented: “We regard such a decision as another example that demonstrates the Estonian authorities’ reluctance to respect the rights of the Russian-speaking population, which is the biggest national minority in Estonia.

“It [the decision] logically matches Tallinn’s long-term policy aimed at ousting the Russian language from the sphere of education, as well as continuing a discriminatory policy to forcibly assimilate the non-title population and build a mono-ethnic society in the country.”

Dolgov remarked that he was “seriously troubled by the Estonian authorities’ intention to involve the security police in the campaign to oust the Russian language by ordering its officers to visit secondary-school directors for ‘preventive conversations.’”

Russia has called upon international organizations and the European Union to address the ban, citing it as a human rights issue.