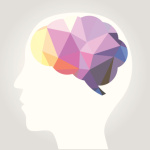 Learning and actively using a second language, whether done from childhood or later in life, can not only improve language processing but benefit the brain in a more general sense. In a study published in January of 2015 entitled Effects of Bilingualism on the White Matter Structure of the Brain, it was found that active bilinguals (those who regularly use both a first and second language) had higher fractional anisotropy values (structural differences) in white matter tracts that are linked to language processing.