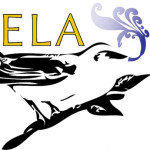 The Endangered Language Alliance (ELA), an independent non-profit founded in 2010 by a team of linguists, recently worked with Grubin Productions to produce the PBS documentary, Language Matters. The film premiered on January 19, 2015 and focuses on what is lost when a language goes extinct and how to save languages from dying. There are currently over 6,000 languages in the world and it is estimated that one disappears every two weeks. Language Matters, which can be watched in its entirety for free online, follows the stories of Aboriginal linguistic diversity in Australia, the endangered Welsh language of Wales, and Hawaiian language activists fighting to save their native tongue. The documentary is just one of the many projects by the ELA dedicated to fighting the increasing decline of linguistic diversity.

Despite the fact that most linguistic field work is done in remote places, the ELA is based in New York, and helps people in urban areas to document, describe, and educate a larger public about endangered languages. As more of the world’s languages become marginalized in their places of origin, speakers of endangered languages have found solace in urban communities. Few city-dwellers fully recognize the substantial linguistic and cultural diversity all around them. Melting pots like New York are home to hundreds of endangered minority languages, from the Otomanguean languages of Mexico to the Nilo-Saharan languages of Sudan and everywhere between. Religious liturgies, native-language literatures, ethnic newspapers, and radio stations quietly struggle and flourish.

The founder and Executive Director of the ELA, Daniel Kaufman, argues that, “Every language carries with it immense reserves of cultural, historical, ecological and botanical information, vital for local communities and potentially to the broader world. In much of the world, languages are central to communal identity and multilingualism has been the historical norm. Ken Hale, an MIT professor and language activist once said that losing any one language is like dropping a bomb on the Louvre.”


21361 B. Pacific Coast Hwy Malibu, CA 90265
Telephone: (310) 455-7193
©2021 Language Magazine All Rights Reserved
Contact us: [email protected]m
FOLLOW US
Language Magazine
We use cookies on our website to give you the most relevant experience by remembering your preferences and repeat visits. By clicking “Accept”, you consent to the use of ALL the cookies.
Do not sell my personal information.
Cookie SettingsAccept
Manage consent