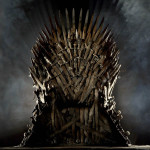 Game of Thrones premieres this weekend and this season more and more people will be able to understand the two subtitled fantasy languages of the show: Valyrian and Dothraki. Starting with the snippets and phrases of the Dothraki language featured in George R.R. Martin’s series, A Song of Fire and Ice, linguist David J. Peterson created a full working language for the adapted HBO show. Last October, Living Language released an official language learning pack for Dothraki that features books, CDs, an expanded online course option, and even a companion iPhone application. There are over 6,000 world languages, but there are also over 1,000 invented languages from fantasy novels, sci-fi television shows, and other creative sources that have enough grammar and vocabulary to be fully used in everyday life. If revitalized languages or incomplete languages from video games and novels were also included in the count, there would be more invented languages than natural languages. So what exactly are invented languages, how are they created, and do they have a place in the modern world?

On April 22, Library Journal is holding a webcast panel of language creators and authors to answer these questions. One of the panel members, Michael Adams, the author of Elvish to Klingon: Exploring Invented Languages, suggests that constructed language, or conlang, does have a place in the conversation of modern languages. He argues that any language creation is reflective of a dissatisfaction with the languages around us. The definition of constructed languages can include more than just the lore of fantasy novels. Languages that are being consciously revitalized like Hawaiian, or Modern Hebrew, which was constructed to adapt to a modern world and build a national identity, also qualify as conlang.

As well as creating grammar rules, an internal logic, and incorporating sounds from other languages, Peterson, who will also be a panel member for the Library Journal webcast, delves into the culture of the fictional world of the language he creates; “When it comes to the meanings of new words they either come directly from a translation that I have to do or just through thinking about the culture; what is an average [or] boring day like for a Dothraki warrior?” He has also created languages for multiple shows on Syfy and the CW. Peterson’s upcoming book on creating languages, The Art of Language Invention: From Horse-Lords to Dark Elves, The Words Behind World-Building, will be released in September of 2015.