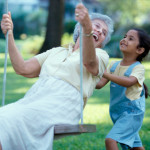 According to a new report out by the Pew Research Center, English proficiency has hit all-time highs among Latinos, while Spanish is spoken less and less in Latino homes. The report, “English Proficiency on the Rise Among Latinos: U.S. Born Driving Language Change,” by Jens Manuel Krogstad, Renee Stepler and Mark Hugo Lopez, examines language use trends since 1980 among U.S. Latino populations based on U.S. Census data and American Community Surveys.

The report states that 33.2 million Latinos speak English proficiently in the U.S., which is 68% of the Latino population ages 5 and over and up from 59% in 2000. The number of English-language households also jumped from 32% of Latino households in 1980 to 40% in 2013. These increases are a result of an increasing number of U.S.-born Latinos living in Spanish-speaking households.

A closer look at demographics reveals that English-language proficiency is correlated with other factors, such as age and educational background. While 21% of the non-English speaking Latinos are senior citizens aged 65 and older, only 4% of English-language proficient Latinos are seniors. Education is an important factor, as three out of every four Latinos who do not speak any English have less than a high school education, while 4% of English-proficient Latinos have less than a high school education. Place of birth is perhaps the strongest determinate, as 93% of Latinos with no English are foreign-born.

Bilingualism also proved to be an important feature of the U.S. Latino community. Half of all Latinos self-reported that they are proficient in both English and Spanish. Bilingualism is also valued, with 95% saying that it is important for future generations of Latinos to know and be able to speak Spanish and 87% saying that immigrants must learn English to be successful in the U.S.